champaignchris said:
Something called a David Blough is starting for the Lions at qb tomorrow.

The Bears probably only need to score 17 to win. Can they do it?

And it'll still come down to the final drive in which Blough does something dumb to help the Bears win.

champaignchris said:
Something called a David Blough is starting for the Lions at qb tomorrow.
Click to expand...

Undrafted rookie from Purdue. The emergency third QB is set to be TE Logan Thomas, a former QB at Virginia Tech.
#328
Nov 28, 2019

Illiniaaron
Well it was a good start until a massive brain fart by the Bears' defense. Nothing comes easy with this group.
#329
Nov 28, 2019

Illiniaaron
It's official--Nagy has no confidence in Piniero. Why is he still their kicker? Wonder if Chase M. Will be brought in once Gould comes back for the 49ers.
Likes: FiveStar
#331
Nov 28, 2019

Miles Leonard said:
And it'll still come down to the final drive in which Blough does something dumb to help the Bears win.

Get ready for another uninspiring victory, and as you said, also the last one of the season.
Click to expand...

Illiniaaron
Really good game by Trubisky. Hope the trend can continue next week but the Dallas defense should be tougher than what he saw today.
#335
Nov 28, 2019

C
champaignchris
The Bears’ inability to get the opponent off the field on 3rd down - especially in the 4th quarter - has been the most disappointing thing about the defense this year.
Likes: Illwinsagain
#336
Nov 28, 2019

IlliniFaninHoosierLand
Well at least Trubisky showed a little something in that final drive and Anthony Miller really showed something. And the defense tightened up a bit after the first couple scoring drives by the Lions.
#338
Nov 28, 2019

champaignchris said:
The Bears’ inability to get the opponent off the field on 3rd down - especially in the 4th quarter - has been the most disappointing thing about the defense this year.
Click to expand...

The pass rush has been poor since Hicks went down. Also they have a hard time stopping opposing offenses at clutch times in games like you mentioned and also after Bear scoring drives.
#339
Nov 30, 2019

IlliniFaninHoosierLand
Former tOSU QB Terrelle Pryor in critical condition following surgery after he was stabbed Friday night at his apartment in Pittsburgh. Pryor was stabbed in the chest and shoulder by an unidentified woman who is currently in police custody.
#340
Dec 2, 2019

C
champaignchris
It’s not going to happen, but Bears path to the playoffs...

Certainly not impossible but we will know more after tomorrow night.
#342
Dec 5, 2019

Vikings have 3 home games left, all division opponents. It would be fun to come down to week 17 and have it be, win and in scenario. Not likely, as the Bears final 4 games are against projected playoff teams.
#343
Dec 5, 2019

C
champaignchris
As bad as the offense has been this year (and it has been really bad), the Bears are the defensive implosion - in a game where Trubisky didn't even play - in the 3-point loss to a 4-8 Oakland team and two missed gimme field goal in a 1-point loss to a 4-8 Chargers team from being 8-4 and a near guarantee playoff team.

Seriously, 2 plays... the running into the kicker penalty that gave Oakland another chance on their last TD drive and one of the two missed FGs (33 and 41 yards) in the Chargers game is the difference between where the Bears are now and 8-4 and on the way back to the playoffs.

I don't know if that makes me feel better or worse. You could also look at the game they probably didn't deserve to win against Denver and the games they almost blew against the Giants and Lions and say they're only a three plays away from being 3-9. They have 1 impressive win this year, the 10-point win over the Vikings. In retrospect, the Washington win looks more like a bad team giving the Bears 5 turnovers than anything the Bears did; the Bears only have 11 turnovers combined in their other 11 games.
Last edited: Dec 5, 2019
#344
Dec 5, 2019

And that’s probably inflated because there have been at least 3 FG situations in which Nagy has declined to have Pineiro kick.
#345
Dec 5, 2019

Not going to happen? 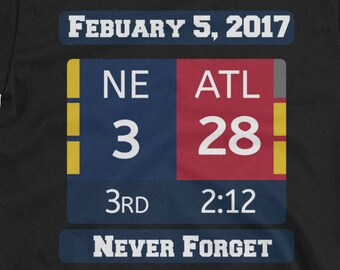 Ramrod2010 said:
I really hope I don't jinx it, but Mitch is looking good. Even that INT wasn't that bad.
Click to expand...

Where has this offense been all year? Creative. Looked like there was an actual plan to get various weapons involved. Trubisky looked to be in command.

We can’t replay the first half of the season, but at this point if they can end up with 8 or 9 wins (9 was my preseason prediction, BTW) and we get three more games of this quality from Mitch, and I’ll be relatively content heading into next year. The roster will need some help and they might want to rethink how they handle the preseason, but this doesn’t look like an irretrievably broken team that needs the entire brain trust canned.

F
FiveStar
As a Bears fan living in Texas I will be thoroughly enjoying work tomorrow!
Likes: unimaroon, BananaShampoo and CHEEF