Berg88 said:
I haven't been impressed with the starting 5 as a unit. Hoping to see a shakeup, probably DMW for Feliz. I'm also on board with less of Kofi + Giorgi together. Maybe as the season progresses they will figure out how to make it work better (Trent and Ayo did last year), but through 2 games, Giorgi has looked out of place at the 4. And with the expectation to make the tournament this year, this team cannot afford a long learning curve from those two.
Click to expand...

I think a lot of our favored lines will be pretty close this year if keep shooting a low ft percent
Likes: MrBill48
#53
Nov 8, 2019

“We know it’s one of the biggest weeks in Illinois basketball history in recent memory,” Dosunmu said. “We want to come out, play hard, compete and trust our instincts on what we’ve been working on in practice each and every day.”

D
Double ACL
Illini by 19. This will be a great test. The crowd gets silenced and we dominate. Frazier-Ayo and DMW lead in scoring.
Likes: cuillini
#55
Nov 8, 2019

Calvin said:
Underwood said the practices before the Nichols game were bad. Wonder if practice is going better...
Click to expand...

Andres has another great game with 7+ rebounds and 8+ pts and at least 1 made 3.
Ayo scores 14+ pts, 5+ rebounds, and cleans up his Assist/Turnover ratio (thinking 2+).
Trent makes 50% of his shots and plays great D.
Giorgi misses a pair of 3s and a few shots in the lane. Improved performance but still struggling to figure out how to play further from the basket.
Kofi gets another double-double and actually makes more than 50% of his FTs.
Griffin continues to provide rebounds, put backs, and hits another 3 pointer but still doesn't see more than 21 minutes.
Benjamin Bosmans-Verdonk turns the ball over at least 2 times and makes several questionable passes. Underwood plays him less than 10 minutes and the fans are outraged.
Kipper handles the ball well, plays goodish defense, and makes a few decent passes inside (mostly to Kofi). He struggles to secure rebounds or put the ball in the hoop though but Underwood still plays him 14+ minutes and the fans are outraged.
Da'Monte Williams turns the ball over at least once inside and passes/hesitates rather than taking at least 2 wide open shots. Makes at least 80% of his FTs and plays good defense and gets 3+ rebounds. Underwood continues to play him 14+ minutes and the fans are outraged.
Tyler Underwood sees the floor when the Illini are less than 20+ points ahead and the fans are outraged.
Illinois wins to start the season 2-0 (1-0 home and 1-0 away) and the fans are outraged.
Likes: Punesguy, Whitmans Sampler, The Recruit and 3 others
#58
Nov 8, 2019

kaptain80 said:
It would be Very Illinois to lose to GCU but beat Arizona.
Click to expand...

And I want OH so desperately for “Illinois” to mean something different (and better) again.

Obviously, it’s a long season and comments we make in November very well could look dumb come February and March ... but I maintain this weekend will tell us a lot RE: “Are we back?” I expect to be “back” this year, knowing that is vague. I want to at least get to that level where message board fans of Purdue and Maryland doing their preseason predictions pick a loss in Champaign so they don’t look like homers.

If we show the maturity and intensity to bring it in both AZ games this weekend after that first game, I’ll fully invest and believe.
Likes: illinifan4249 and Illwinsagain
#59
Nov 8, 2019

2
2008NRESGrad
I've watched both games and am impressed with Kofi and that's about it. Almost nothing has gone right (save maybe trents free throw) in the first two games. Something will go right tonight and we will cruise.
Likes: Chuck15
#63
Nov 8, 2019

PlayAZ said:
Maybe so, but when the locals are comparing him to Deandre Ayton after one game, and the game he had...we shall see. With the NBA always drafting on potential and 6-10' slasher type rough player...first round sounds about right.
Click to expand...

bombayIllini said:
I will take a simple W.
Click to expand...

That's where I'm at. I think this is absolutely a game that we could drop. I wouldn't be surprised whatsoever. If we don't play well(not great, just well), we'll get beat.

W
wyckles
Illinois needs to match up with their guys one on one. Talent and size is better at every position. If this were a pick up game the Illini win by 30. If GCU is playing four guards, then Illinois needs to do the same. If GCU is going with a bigger lineup, then Illinois needs to do the same. Any way you look at it, Illinois wins if they just match up against their players position for position. It makes no sense to try and force a game plan in a situation like this early in the season.
Likes: Whitmans Sampler
#68
Nov 8, 2019

The Dave said:
ESPN has us at only a 52.8% chance to win. No idea how they come up with that calculation, but I'm guessing our less than impressive showing against Nicholls State is a big factor. *sigh*
Click to expand...

All of these win percentage calculators are based on statistical analysis. We have played a single game this season, so all of those tools are based on a very, very small sample size and whatever input they receive that represents subjective "expectations." Putting any stock in them this early in the season is silly. If they're correct this early, it is purely by luck.
Likes: CogDog
#70
Nov 8, 2019

illinitiger said:
So are you saying illini fanbase is out"ragous"?
Click to expand... 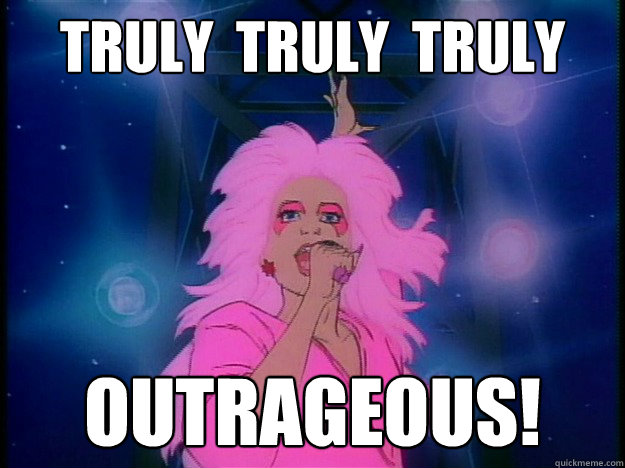 SescIllini
I think Kofi and Giorgi work find, the problem Nicholls St exposed was that we don't have a true PG. When the ball went to Giorgi to help break the pressure near half court it was bad news. In that situation you probably want 4 ball handlers and a big. Problem is Damonte or AG aren't great ball handlers either.

The stat confirms what my eyes see. Plenty of turnovers, missed free throws, minimal assist. All these point to poor PG play, I hate admitting this. Possibly Feliz and Trent handle the ball more as a PG and Ayo plays more of a combo guard.
#73
Nov 8, 2019

EyeoftheIllini said:
Who do you think BU will put on him — Giorgi or Kofi? They’ve got Jeter too.
Click to expand...

SescIllini said:
I think Kofi and Giorgi work find, the problem Nicholls St exposed was that we don't have a true PG. When the ball went to Giorgi to help break the pressure near half court it was bad news. In that situation you probably want 4 ball handlers and a big. Problem is Damonte or AG aren't great ball handlers either.

The stat confirms what my eyes see. Plenty of turnovers, missed free throws, minimal assist. All these point to poor PG play, I hate admitting this. Possibly Feliz and Trent handle the ball more as a PG and Ayo plays more of a combo guard.
Click to expand...

I mean....we have 3 pgs on the floor quite often. If we can't break some pressure from Nicholls State with Feliz, Frazier, and Ayo...then we have problems that are bigger.
#75
Nov 8, 2019

kiwanegarris22
We don't yet seem to be acknowledged much on the national scene (6.5 pt margin from Vegas; lack of network TV coverage on Sunday). I think we'll take the first small step tonight toward getting some respect/recognition.