The University of Illinois at Urbana-Champaign is returning to a single logo – the familiar orange block “I” – throughout campus and in outreach to external audiences..

Used by the University’s nonathletic units since 1997, the column “I” will be retired.
Click to expand... 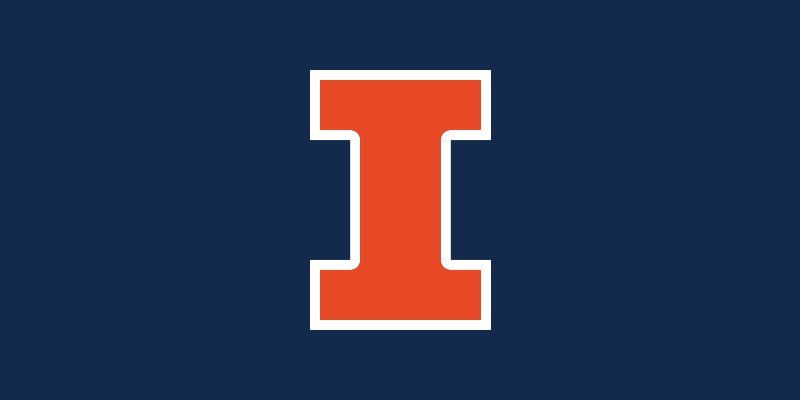 The column "I" ends its 20-year run as the Urbana campus logo for academic and administrative units.
Click to expand... sacraig
I feel like most people I know really like the shield but there are several who are really, really against it.

Fighter of the Nightman
I like the shield. I'd accept more criticism of it if it didn't sometimes come from people who were insane enough to defend this logo: mattcoldagelli
I fear many of us will be dead and gone before we are through being tormented by the slant Illinois, Fighter of the Nightman.
#12
Aug 14, 2017

redwingillini11
I'm a little disappointed the column logo is going. I think it was used appropriately and tastefully. That being said, as a fan of the football and basketball teams I won't really think much about it on a day to day basis.

What this is all about though, is an obsession in marketing to have one and only one logo for an identity. My opinion is that while moving in this direction is usually a good idea, it can be taken too far. My hobby is sailboat racing, and I belong to a sailing club that went through a rebranding effort a few years ago. Beforehand, they were like Illinois with many different colors, fonts, ways of placing the logo on their merchandise. Then they hired a "professional" who came up with one logo, that looks like it belongs on the top of a letterhead (kinda like if Illinois chose the column over the block I). It looks fine on the side of the building, but it looks TERRIBLE on shirts and hats and other clothing. I've begged them to simplify the logo for clothing, but the "professional" insists everything must be consistent. I just think that's a really stupid rule to live 100% by. Luckily the logo Illinois is moving forward this is pretty perfect, but its also a sign of a stupid trend in the industry.
#13
Aug 14, 2017

Fighter of the Nightman said:
I like the shield. I'd accept more criticism of it if it didn't sometimes come from people who were insane enough to defend this logo:

I am in a research field and was recently at a conference where an Illinois professor used this logo on their slides while presenting their research. So, it seems even the faculty have trouble discerning which logos are current.
#15
Aug 14, 2017

TheGMan
Definitely a big fan of the shield

BananaShampoo
Another #teamshield member here. Easily the best thing to come out of the rebrand imo. Never cared much for the column I logo so won't miss it.

Peoria via Denver via Ann Arbor via Albuquerque vi

Don't be salty at those of us that see the shield as the type of logo you would find through a knock-off brand that doesn't want to pay for licensing rights but gets their apparel sold widely through Wal-Mart...

sbillini
I actually don't mind the shield logo, per say, but I do think it distracts from the overall branding of the athletics program. If you look at college sports in general, a vast majority are unified into a single logo and, in some cases, a variation of that logo (e.g. a mascot image incorporated into it sometimes, other times not). If you're a top tier program with existing brand recognition (e.g. Alabama, ND, Michigan etc.) you can experiment more, but we're nowhere close to being in a position where we can reasonably sustain two largely separate logos for the same athletic program and still be able to build an identity around both.

I've lost count of how many family/friends I've spoken to that have asked me what the shield logo was and why it exists. It just confuses the overall brand of the program. I can see having a separate one outside the athletic program for practicality purposes (as mentioned above re: the column), but I don't see any reason to have more than within the athletic program.
#20
Aug 14, 2017

ChiefIllini
The column I was such a classy logo--was a great way to represent the school. I still like this move, just because I think it pushes the slant I out of google's top results even more (hopefully... please).

As far as the shield, I think it's current usage is good. Seems like its almost soley a football thing, which to me is the correct use for it as it features memorial stadium's columns as a feature (of sorts). Keep it away from basketball and I'm not going to complain. In the end of the day I think it's a simple money grab to generate revenue.
#22
Aug 14, 2017

JSpence
I still love my white shield hat and will miss the column logo, but I applaud this effort! It's still not perfect, but much better this time around! F
FiveStar
Stealing from somebody on the mascot thread, I think the best use of the shield is for a Captian America-esque, Captain Illini. Other than that I don't really know where it fits our athletic scheme. A block I in Orange, blue, or white seems like a good enough secondary/alternative logo. Overall, I like the simplification of the branding. I also like that the school side accepted the athletic version for the branding. Really shows that they understand athletics is the main bridge that exposes people to the school.
#24
Aug 14, 2017

FC Illiniman
Glad they chose the logo, all the logos are good, but having a logo that all can use as the centerpiece, will unite all under a common

You must log in or register to reply here.