Illini Golfers in the Pros

An interesting note I picked up on Hardy: he enters the season in the "minor medical" category due to his wrist injury. If he can pick up 0.5 FedEx cup points (in other words, make a cut) in his next four starts, then he will move up to Category 22, which should lock him into all events except for majors and invitationals. I'm not sure if that's for the whole season or a certain time frame, but either way he should have the opportunity to make a strong move this year.

I'm curious how Detry will balance the DP World and PGA Tour, but he looks like he's planning on being busy - his last three weekends were Indiana/England/California! As well as he's playing, I can see him being in the conversation a few times this year.

Pieters is not on the list (I don't think the DP World Tour automatic cards start until 2024), but he can probably get into any event he wants as long as he keeps his Top 50 world ranking. I'd expect him to play some big-money events leading up to the Masters (i.e. Genesis, Arnold Palmer, Match Play).

D.A. will probably play a few events, but he hasn't been too competitive lately. But he has a history of pulling out random wins when he appears to be in a slump, so who knows... Hopefully he's healthy, he's fun to watch.

Strick appears to be enjoying life on the Champions Tour, though he'll probably play a couple Tour events like Deere.
Click to expand...

Modonnell said:
Thanks for the link to the priority rankings. The topic is confusing, so I am glad to be able to read up on it.
Click to expand...

Rob Bolton, the writer on the PGA Tour website, does a phenomenal job of explaining the nuances of the PGA Tour - qualifications for tournaments/majors, priority, medical waivers, etc. He puts out a bunch of material on Mondays, worth reading through if you have the time.

Good weekend for the Illini pros - Detry finished T12 in the first PGA Tour event, and Stricker won a playoff to take the Sanford Invitational! President's Cup this week, so I think everyone's off, but should be an interesting fall.

Interesting note on Hardy, who finished T67 - by making the cut, he picked up enough FedEx Cup points to fulfill his minor medical contract. This means he promotes to a higher priority ranking (right below the Top 125, but better than all Korn Ferry grads) and qualifies for The Players Championship in March. Congrats Nick!
#528
Sep 30, 2022

FlyNavy
Thomas Detry is now leading at -9 at the Sanderson Farms Championship in Jackson! Hardy is right there as well, three strokes back and tied for 4th. Let's go!
#529
Sep 30, 2022

whatahack said:
Detry finished at -10 and in the lead. Hardy at -7 tied for third. Still a lot of golfers still on the course...
Click to expand... 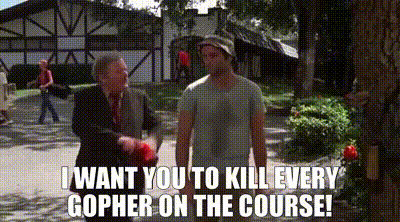 FlyNavy
Detry is T1, Hardy T7 going into the weekend. Coverage on Golf Channel on Saturday starts at 3pm CT (right after the Wiscy game). Hoping for both to be in the final group on Sunday

D
ddinsm
Hardy ended up in the top 5, that must buy him some much needed qualifications going forward.
#534
Oct 2, 2022

ddinsm said:
Hardy ended up in the top 5, that must buy him some much needed qualifications going forward.
Click to expand...

FlyNavy
Detry is now ranked #105 in the world, while Hardy climbed to #179. They are 11 and 14, respectively, in the FedEx Cup rankings. Definitely a great start to the season!

Both are in the field for the Shriners Children's Open this weekend in Vegas. Also, Stricker will tee it up in Jacksonville in the Champions Tour.
#536
Oct 4, 2022

FlyNavy said:
Detry is now ranked #105 in the world, while Hardy climbed to #179. They are 11 and 14, respectively, in the FedEx Cup rankings. Definitely a great start to the season!

Both are in the field for the Shriners Children's Open this weekend in Vegas. Also, Stricker will tee it up in Jacksonville in the Champions Tour.
Click to expand...

They are good enough to win these early season fields. It’s making these tournaments exciting for me to follow, as I normally don’t watch if Spieth isn’t playing.
#537
Oct 9, 2022

WWWWRocU
And our guy Stricker just won the senior's event in Jacksonville, FL for his fourth win of the season.
#539
Oct 26, 2022

FlyNavy
Look who's 1-2 in the Power Rankings on PGATOUR.com!

After a couple weeks away, they will join D.A. Points this weekend in Bermuda. I wouldn't be surprised if Hardy plays the next four tourneys to close the fall season; Detry will probably head back to the DP World Tour after 1 or 2 TOUR events.
#540
Oct 30, 2022

MDchicago
Love to see this!

FlyNavy
Very close to sneaking into a playoff as well. Congrats to Detry, setting himself up for success. I was curious, so I checked last year's FedEx standings - he has 429 points, which in itself would've been enough to rank #103 last year. Oh yeah, and he is now ranked #85 in the world and is among the frontrunners for Rookie of the Year (though the year is still young, and will last 15 months as the PGA transitions to a new schedule).

ktal
Think of what a boost it could be to Detry's career to get off to a fast start in RooY talk. Just having his name in the conversation helps him land bigger and better sponsorship deals. He might get 15 months of such beneficial chatter, if he stays solid, even if he ultimately doesn't win it. And nothing helps confidence more than success, so just hearing his own name in such chatter could help him stay solid, like a virtuous cycle.

BB is trying to leverage the chatter around Chase Brown and Johnny Newton and Devon Witherspoon and the CFP to sell more tickets, earn more fans back to the Illini, and ultimately more create more opportunities for his players and coaches. Getting a fast start in PGA Rookie of the year chatter could similarly help Detry all the way around his 'business of golf', too.
#545
Nov 4, 2022

WWWWRocU said:
Detry (-6) and Hardy (-5) have both made it to the weekend at the Mayakoba!!
Click to expand...

Detry and Hardy made nice moves up the leaderboard yesterday.

Illini_golf-fan said:
Hardy is having one heck of a day so far. 7 under through 11 with 8 straight birdies.
Click to expand... 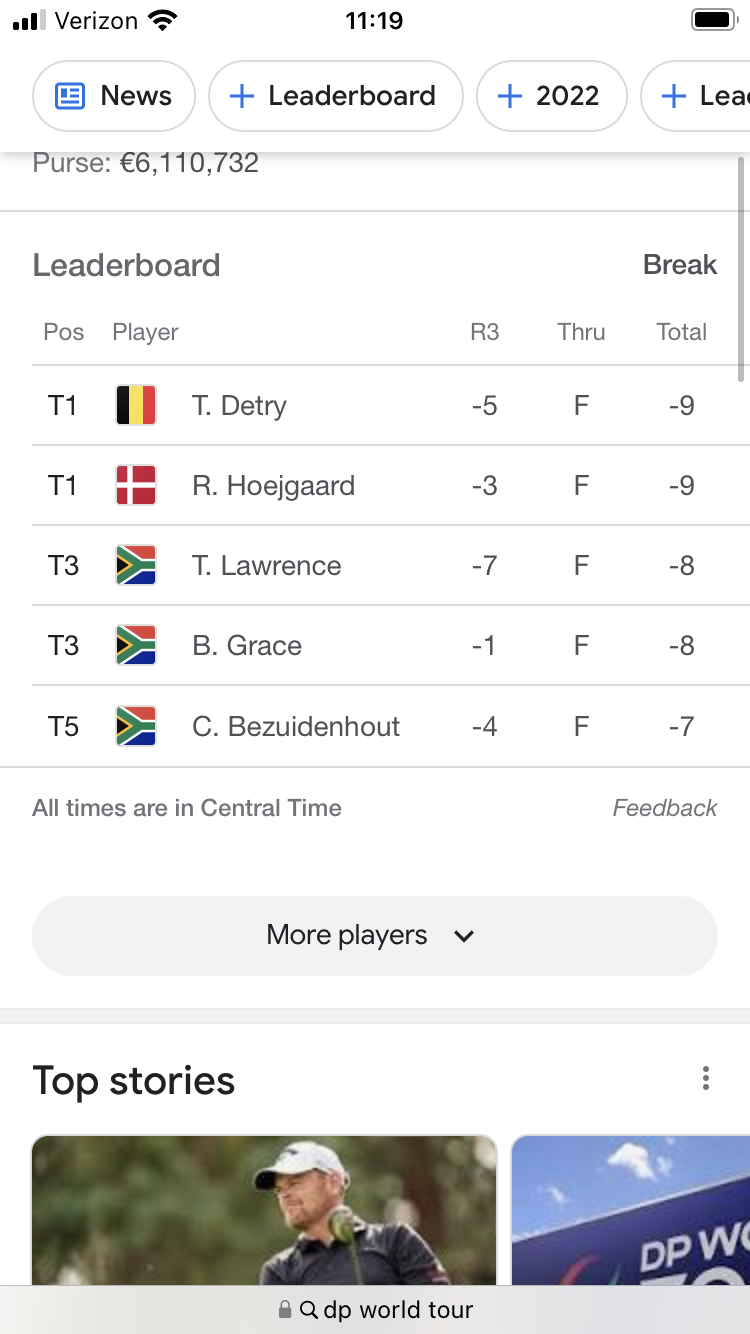