ptgrd23
Another over-rated Michigan team. Howard can recruit but is a so so development and game coach.

I hope Juwon stays at Michigan a long time.

Beilein showed the potential Michigan with his two NCAA finals and one Elite 8. Thank goodness he moved on to NBA.
#127
Dec 1, 2022

illinigiant80 said:
Be interesting to see how the freshman respond to the first road game. Crown will be into it and loud. I have a feeling they won’t be intimidated.
Click to expand... 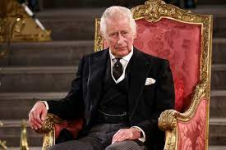 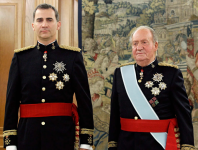 Fighter of the Nightman said:
This is why I have this weird feeling we lose to Maryland but turn around and upset Texas in one of our best games of the year.
Click to expand...

Fighter of the Nightman said:
Then, in 2020-21, it was reinforced during a stretch where we fell from #12 to #22 in the AP poll after back-to-back home losses to a bad Maryland team and #21 Ohio State, before winning 11 of our last 12 - including winning three straight top 25 road games, one of which is arguably our most iconic regular season win of the last three seasons, the beatdown of #2 Michigan in Ann Arbor without Ayo.
Click to expand...

I will quite literally never forget watching that game. I was reading a Michigan message board beforehand, and the utter arrogance assuming they would beat us no matter what but especially without Ayo made our absolute demolition of them feel so much sweeter. A lot like the Wake Forest shellacking in 2005, the final score didn't even do it justice.
#132
Dec 1, 2022

altgeld88 said:
This^ The sole reason why we lost at MD last January (four days after that epic Purdue game at home on MLK Day) is because Kofi was concussed and Belo had the flu. BU had to put BBV, who hadn't started in the post (or maybe ever) on Donta Scott for 40 mins. He hung in there for around 25 mins but then faded. Scott ran amok and killed us in the 2H.
Click to expand...

Didn't Wood say that both Shannon and Dain were sick prior to the Syracuse game? Hope that's behind us now.
#133
Dec 1, 2022

jumpingjack said:
Don't forget that he recruited The Jett Howard.

hodgesonfire said:
Question: who will step up this game?
So far Hawkins, Danja, Shannon, Epps, and Harris have all had "breakout" games... Who's next? So fun to have depth.
Click to expand...

You do have an awesome avatar, bruh…

One of the things I’ve appreciated about recent teams under BU is how connected the players have been as teammates. That was one of my concerns about all the turnover this season - would that part of our culture take a step back? Makes me very happy to hear that hasn’t been the case at all. Seems this year’s squad does everything together off the court, and they genuinely like each other.

They still have a ways to go in terms of gelling and role definition in game situations, but I believe their camaraderie and work ethic will get them to that place.

Wouldn’t surprise me a bit if they’re hanging another B1G title banner…
starting with a turtle roadkill tomorrow night!
#136
Dec 1, 2022

Oldskoolkoach said:
But...did he put him on scholarship, or go the McCaffrey route? Tells you a lot about the person with his decision!
Click to expand...

Retro62
I will be there on Friday. I’m hoping I can avoid the typical MD brutishness on Monday at work. I’ve lived in MD 30 plus years, and I still consider them the Philly fans of the college world.
#138
Dec 1, 2022

Fighter of the Nightman said:
I will quite literally never forget watching that game. I was reading a Michigan message board beforehand, and the utter arrogance assuming they would beat us no matter what but especially without Ayo made our absolute demolition of them feel so much sweeter. A lot like the Wake Forest shellacking in 2005, the final score didn't even do it justice.
Click to expand...

Without Ayo nobody expected a win. But team came together and we blew them out in Ann Arbor. Might have been best win of the year.
Great defense in 76-53 win Trent had 22 Ayo had 17 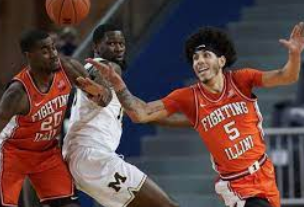 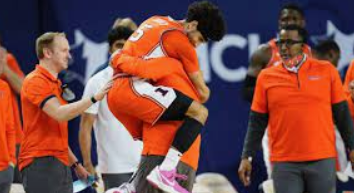 No, no, no. These crowns don’t look like they get to excited or loud ever. Hopefully the Maryland CROWD will look like these crowns when the Illini are up by 20! Then the crowd can crown illinois the winners. Good catch by the way. I’m sure I misspelled something in this post. Spelling is not a strength of mine.

Deep said:
This Maryland game concerns me. We never seem to play well in Maryland and this will be our 1st true road game, and that against a team that seems to play us well every year.
Click to expand...

Maybe Coach Underwood should ask Coach Bielema to give the team (and coaching staff) a pregame pep talk as to how to snap streaks with other conference teams
#141
Dec 1, 2022

BRucks said:
Didn't Wood say that both Shannon and Dain were sick prior to the Syracuse game? Hope that's behind us now.
Click to expand...

altgeld88
I don't buy the "Illini struggle at Maryland" line. We've only played there four times since Maryland joined the BT. In 2015-16 we lost by 26. MD finished 3rd in the BT and we finished 12th. The next season we lost by 25. They finished tied for second, we finished 9th. So... two seasons when they nearly won the conference and we were bottom-dwellers we failed to beat them on the road. Let me sit down and collect myself as I recover from the shock.

We lost by 1 on their court in Dec. 19 when they were #3 and we were an afterthought. Then last year we lost when Kofi was out concussed, Belo had the flu, and MD was at full strength (though an abysmal 1-6 in BT play at that point.) I was there. It was our game to take with 8 mins left and up 1. Then BBV got gassed underneath, Donta Scott bore down, and it was over.

And then there's the MD "home" game played at MSG in January 2019. They were #13, we were less than an afterthought at the time, and we took them down to Chinatown handsomely.

Conference road wins are tough to come by, as we all know. I see nothing in recent history, however, indicating that the Illini are somehow hexed v. the Terps in College Park. We simply were inferior competition for them the first two times we played here in conference, lost a heartbreaker the third time, and were grievously shorthanded last January.

We beat them here in 2011 in the BT-ACC challenge, and the previous season at MSG in an early-season tourney.

New season, different team, tabula rasa. Time to begin a fresh streak at the Xfinity Center. I'll break a bottle of fine Champaign across the granite façade of the arena on my way in tomorrow evening to christen it on its maiden voyage.

BMoreIllini
Just got tickets! Dragging my wife to NYC/MSG early next week, so going to this one with a Terp friend of mine. I'd be happy with a split, but would love to take both!
#144
Dec 1, 2022

C
Coop70
So much for Maryland hasn't beat a name team yet.

On the other hand Creigton hung with Texas even with abysmal 3point shooting.
#145
Dec 1, 2022

ptgrd23 said:
Without Ayo nobody expected a win. But team came together and we blew them out in Ann Arbor. Might have been best win of the year.
Great defense in 76-53 win Trent had 22 Ayo had 17
View attachment 21872 View attachment 21873
Click to expand...

That moment of Belo hunting down Brad and jumping into his arms was iconic of the program in that moment and the two guys. I love it.
#146
Dec 1, 2022

727ill said:
Since Underwood got here we have always played much better on the road than at home.
Click to expand...

Illini-Rule said:
What's the McCaffrey route? I'm assuming Fran made his kids be walk-ons to save the scholarship?
Click to expand...

jumpingjack said:
That moment of Belo hunting down Brad and jumping into his arms was iconic of the program in that moment and the two guys. I love it.
Click to expand...

Don't forget the moment right before that when Belo was looking for a high five from BU and was left hanging, so he gave himself a self-five.

Illinirog70 said:
Sounds like my last semester at Ill! I needed 3 hours to graduate, and could have, but Viet Nam was beckoning so I went back for the fall semester, signed up for thirteen hours of fun stuff and dropped classes when they had papers come due. The big plus-- I went into the draft lottery (number 352, baby!) The big minus-- Illini went 0-9 in football (Thanks Jim Valek!)

It was the only time in college when I didn't feel the big pressure to succeed. Great times...
Click to expand...

Don’t blame Valek. If Illinois football had been Scrabble, the Slush Fund scandal would have given him all vowels.
#150
Dec 1, 2022

GreyHairedGenius said:
Let's get our team healthy and able to play. This flu going around is nasty and taking a toll.
Click to expand...