zentrails said:
Me too, and I never go to bed before 1am EST
Click to expand...

Pennsy said:
So how much longer has PJ got then?
Click to expand...

He has been there about 4 and hasn't had any major staff poaches yet. I bet he leaves Minny in the next 2 years. So he probably has 8-9 years before he starts to come down the ladder. I think he very well may be the new USC coach (yes even with his stupid Schtick).
#153
Sep 17, 2021

TheDrinkinLincoln
4 hours before a game on a Friday night. Have to assume most people will get off work and start going. So let's talk strategy, we know that Locks and the Maryland passing game is faster and more dynamic than our back 7. How do we want to try and defend them? I know we want to play lots of single high safety with man on the boundaries, but the only CB that can play that game against the Terps is probably Spoon who gets way to handsy. Do we try some cover 3 Zone and try and manufacture pressure with twists and fronts with 3to4 guys in the front 7 or do we stick to our guns and try and stick to man cover 1 and get aggressive with the blitz packages hoping that we can get Tagovailoa to revert to last year where he throws some balls up. I personally don't have much faith and would like to try some zone blitz concepts out of a cover three wheel type of look where we can bring some CB blitzes off the edge. I suppose we'll find out next time on Dragon Ball Z.
#154
Sep 17, 2021 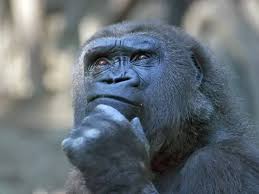 Ander1345 said:
That feeling when Ron Zook has the second best win % of our last 4 head coaches.

altgeld88 said:
I grew up in Ohio and vaguely remember regional BT football games late in the afternoon in the '70s. Strangely, I recall eating dinner in the late '70s with my brothers when my parents had gone out on a Saturday and watching the end of an Illinois-MSU(?) game on ABC. But the early-afternoon marquee games always featured OSU or Michigan. Maybe Purdue in the very late '70s when Mark Hermann was there (but I doubt it.)

I did notice recently that Illinois was on TV in '82 at least twice in early-afternoon games: the OSU game at home that we lost 26-21 and the thriller in Madison when Mike Bass kicked five FGs. That Wisc game is actually on YouTube. It was an exciting game that came down to Bass' last-second game winner.

Years ago I clipped the game coverage of Wilson's record-setting '80 Illinois-OSU game from the online archives of the OSU student newspaper so I'd have a record of it. I just opened up that file. That was a really good OSU team ranked No. 7 and had basically been one drive away from a perfect season and National Championship in 1979. Wilson not only set the single-game NCAA passing record. In the second half alone he set the BT record for TD passes (five) in an entire game. He also set the single-half NCAA record for passing (23-34 for 344 yards in the 2H.) And this was the ninth game of the season against an OSU defense that was the best in the BT and had given up only 124 yards/game in the air to that point.

Take away his three interceptions in the first half and we might well have won that game. I was in ninth grade at the time and just remember the buzz around Columbus after that game. No one had seen anything remotely like it and people sensed something big had changed in the BT game.

Here's hoping that soon with BB's teams we can talk about performances like this (and wins) in the present tense.

- His overall ability to recruit Big 10 quality athletes
- Recruiting Juco talent for an immediate and impactful boost to the roster at several KEY positions (i.e. both Dave Wilson and Tony Eason)
- Being a trailblazer and introducing the West Coast Offense to the Big 10
- Having the "it" factor, the personality, and the demeanor to be able to relate to players, media and our fan base. He's still an entertaining interview!

Not sure if you heard his last interview with Steve and Loren on Saturday Sports Talk but he said his fondest memory of Champaign was walking back (to the hotel) through the Illini tailgate lots after those monumental home victories and having a beer with the fans every 8 to 10 tents he passed! And with 74,000 packed in the stands, that would be a lot of beers! (I recall having to sit in the corner of the top row in the East Stands for Dad's Day one year.)

illinoistradition said:
There was at least once where they went for two out of it, and it failed miserably. I cannot remember if it ended up being costly, though.
Click to expand...

wewillwint said:
It was, game was lost by 1
Click to expand...

wewillwint said:
It was, game was lost by 1. I think it was 2009 Fresno State game
Click to expand... 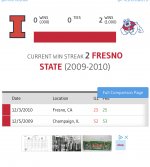 Got screwed in both games.
Game here was that crazy deflection the O-lineman caught and ran in for a 2-pt conversion with seconds left.
In Fresno, the refs gave Fresno an extra generous spot to extend a drive which ran out the clock
#164
Sep 17, 2021

Mr. Roberts said:
Dave Wilson was one helluva quarterback. I still have my "Wilson for Heisman" button.
Click to expand...

Fall of ‘82, first thing I did after checking into the dorms was go to Illini Union Bookstore and, along with my books, buy my Illini jacket and “Eason For Heisman” pin.
#165
Sep 17, 2021