Blues were thoroughly outplayed by the Kraken in the 1st period........Slow to the puck and passes not sharp.....I bet the Chief will have many choice words in this intermission and the Blues deserve every one of them....

Nice to see Vince Dunn , former D-man and Stanley Cup champ for the Blues.........He received a warm welcome from the best fans in the NHL.......A video earlier showed Vince talking to Robert Thomas before the game , laughing and having a nice visit.....Vince was underrated in my opinion and I would NOT have exposed him to the expansion draft , but I'm an old man with no say so in Blues decisions......

Bernie just said that the Blues were outworked and having good focus and decision making........So , onto period # 2 ....the Blues have the NHL best goal differential in second periods and they need to wake up and make it happen.....
#152
Thursday at 8:44 PM

Same play by the Blues as the 1st period was.....They are letting the Kraken penetrate deep after crossing the Blues blue line and have shown goal puck control while in the Blues end.....

The Blues had 3 power play opportunities in the period with hardly any chances on scoring ......Way too many missed passes and the Blues just don't sem to have that spark needed to get rolling......Maybe Bortuzzo or Kostin can start a fight and get the Blues juice's going..........................

As poor as the Blues played in the first two periods , they came out shorthanded to start the third period but turned up the heat on the Kraken and got goals from Robert Thomas and Peter Buchnevich to get the win...........

whatahack
Husso is playing really well. Playing at the top of the crease, challenging the shooter and moving post to post.
#155
Friday at 7:13 AM 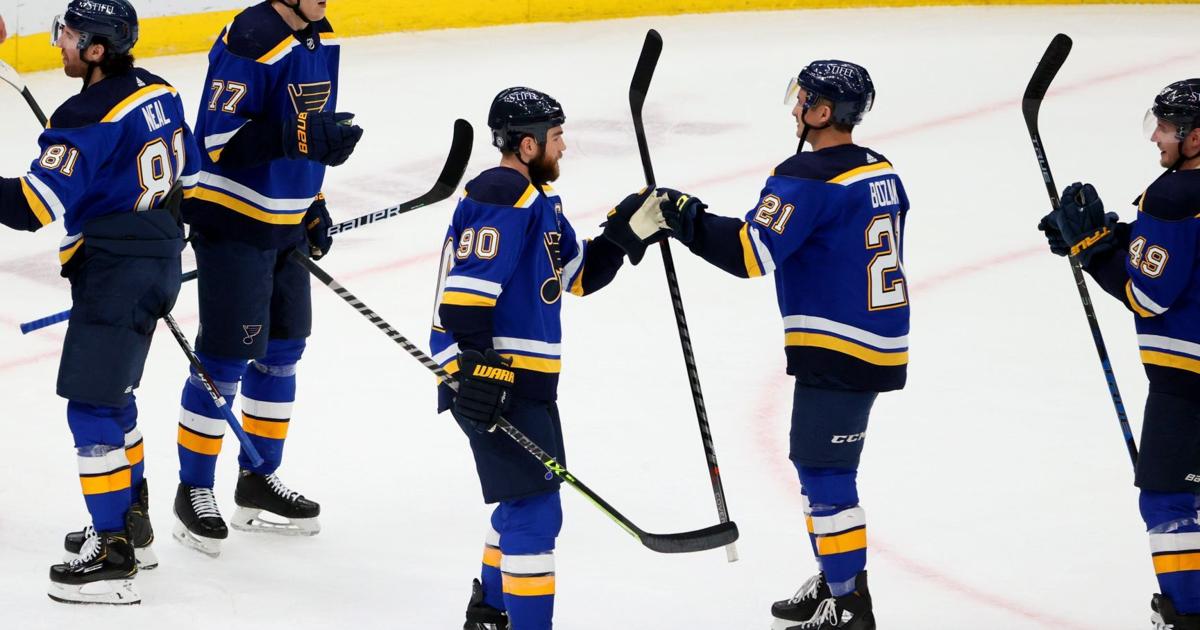 It's the league-leading 13th comeback victory for the Blues this season.

For the Blues, 13 is far from an unlucky number. It’s the resiliency number, and it changes on a pretty regular basis.
It represents 13 comeback victories, a league-leading total in the National Hockey League. Another one was added to the tote board Thursday in a 2-1 victory over the Seattle Kraken at Enterprise Center.

On a night when the tenacious Kraken looked like anything but an expansion team, the Blues trailed 1-0 after two periods before goals by Robert Thomas and Pavel Buchnevich early in the third period pushed the team’s home points streak to — here’s that number again — 13 games.They are 12-0-1 in that span. It’s the third-longest home streak in franchise history; they haven’t lost at home since Nov. 16 against the lowly Arizona Coyotes.

The NL's and I have sooo much fun on a Blues Hockey night......Dressing up in Blues garb and doing Tequila or Schnapps shot's when the Blues score a goal , and just cheering and high-5 ing the night away......

The Blues are MUST SEE TV around here and the after game victory party is so gratifying to all.........

Hope everyone tunes in @ 6 pm CT Saturday to the Pronger ceremony and then the game against the Maple Leafs......LETS GO BLUES
#156
Friday at 7:53 PM

Couple interesting stats I heard about them today. They're the only team in NHL that is top 5 in goals scored and top 8 in fewest goals allowed. Blues and Anaheim are only two teams in NHL in top 5 in both power play percentage and penalty kill percentage.
#157
Friday at 7:54 PM

pruman91 said:
Hope everyone tunes in @ 6 pm CT Saturday to the Pronger ceremony and then the game against the Maple Leafs......LETS GO BLUES
Click to expand...

Pronger jersey retirement is Monday night before the game with the Predators.
#158
Friday at 7:55 PM

IlliniFaninHoosierLand
If you need a laugh today:

IlliniFaninHoosierLand said:
Pronger jersey retirement is Monday night before the game with the Predators.
Click to expand... 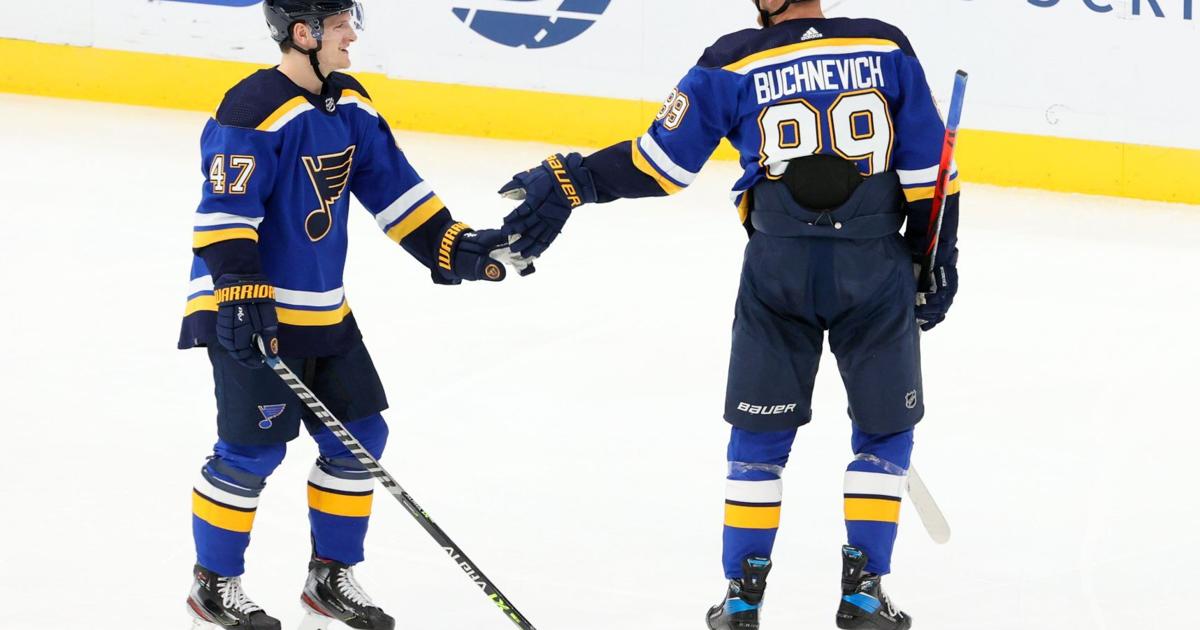 He beomes the 21st Blues player on the COVID list this season.


Pavel Buchnevich, who scored the game-winning goal in the 2-1 win Thursday over the Seattle Kraken, became the latest Blue placed on the COVID list Friday. He’s the sixth Blues player currently on the list and the 21st Blue in COVID protocol this season.
Dakota Joshua was recalled from Springfield to take Buchnevich’s place on the active roster. Additionally, the Blues brought up Alexei Toropchenko from Springfield to the taxi squad.

Blues players have missed 72 games because of COVID this season. Combine that with a now-subsided rash of injuries since Thanksgiving and the Blues have had next to no lineup continuity, particularly at forward.