wpr
Injured no more, Reyes believes '20 is the year

When Alex Reyes showed up to Spring Training in early February, pitching instructor and former Cardinals ace Chris Carpenter pulled him aside. He wanted to share some advice with the Cardinals’ former top prospect who was coming off his first healthy offseason in three years.

“He just said, ‘You go out there on the mound and forget about any expectations,’” Reyes recalled. “Forget about everything. It’s pretty much whatever you have in your control, go out and show it. Don't feel like you have to prove yourself, just be you and you’ll be fine.”
Click to expand...

wpr
Yet another FA relief pitcher going down the drain. It's been a real issue for years.

Andrew Miller has lost control, and neither he nor the Cardinals know why.
The two-time All-Star and 2016 ALCS MVP with Cleveland will be sidelined for an undetermined amount of time as he tries to regain the feel for his pitches.
"The sensation I have throwing a baseball now just isn't consistent with what it is when I know I'm good," Miller said.
Miller struggles to describe the feeling he experiences when releasing the ball. It's not pain. There's no burning or tingling. It simply doesn't feel right.
Scheduled to pitch in relief on Monday, Miller cut short his warm-up after several tosses badly missed his target.
"I wasn't worried about hurting myself," Miller said. "The stuff that's been bothering me and I've been trying to work through, it just wasn't getting better."
That outing followed a wild Grapefruit League debut Friday during which Miller allowed one run in one inning while hitting two batters, including Tim Tebow.
Click to expand...

the national
Well, thankfully we have a lot of pitchers in the stable. I have no idea what to expect from Reyes. I shouldn’t get my hopes up.
#5
Mar 7, 2020

IlliniFaninHoosierLand
Bit of a bizarre story coming out of Jupiter. Reserve IF/OF Yairo Munoz, who was scheduled to get an exam on a hamstring injury he suffered earlier this week, decided to fly back to his home in the Dominican Republic without informing the team that he was going to do so. So after he no-showed the exam, the team decided to release him this morning.
#6
Mar 25, 2020

IlliniFaninHoosierLand
Cardinals radio and TV are doing their best to bridge the gap in content during this time. KMOX will air every game from the Cardinals miracle run in 2011 starting from the August 25th game when they were 10.5 games back all the way through game 7 of the World Series (which totals up to 50 games). Though I haven't seen a date as to when they're starting this, they will have a pregame show every day which will start at 6:15 PM Monday-Friday, 6:00 PM on Saturday, and Noon on Sunday.

Fox Sports Midwest will be playing select games from the 2019 season starting tonight and off and on over the next 10 days. The game they are showing tonight is the September comeback against the Cubs at Wrigley when Molina and DeJong hit back to back home runs in the 9th off Kimbrel.
#7
Mar 26, 2020 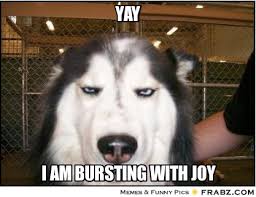 whatahack
Bader just swung at a pitch that bounced in the opposite batter's box
#10
Mar 26, 2020

the national said:
Thats a bummer. I was looking forward to that series.
Click to expand...

IlliniFaninHoosierLand
Jim Edmonds has been tested for Coronavirus.
#15
Apr 1, 2020

IlliniFaninHoosierLand
With tomorrow originally scheduled as the Cardinals home opener, the Cardinals are doing something to help fans commemorate the day with something to replace it: https://www.mlb.com/cardinals/fans/stay-home-opener?partnerId=ed-14797337-1203492993
#16
Apr 2, 2020

IlliniFaninHoosierLand said:
Jim Edmonds has been tested for Coronavirus.
Click to expand...

IlliniFaninHoosierLand
Molina, in an interview with an ESPN reporter today, said that he'd be willing to test free agency after this season.
#18
Apr 30, 2020

unimaroon
However Yadi chooses to finish out his career, he will always be a Cardinal great. I hope he maximizes his opportunities.
#19
Apr 30, 2020

IlliniFaninHoosierLand said:
Molina, in an interview with an ESPN reporter today, said that he'd be willing to test free agency after this season.
Click to expand...

Honestly, I would love for him to retire a Cardinal, but better to move on then for the Card's to give him a 2 year $20M/yr extension. If he did something similar to Wainwright, I would be good with that.

IlliniFaninHoosierLand
I can understand his reasoning behind it though. He'll be 38 in July and a likely shortened season will do wonders for his knees and legs.

IlliniFaninHoosierLand said:
I can understand his reasoning behind it though. He'll be 38 in July and a likely shortened season will do wonders for his knees and legs.

My thought always was that Yadi would retire whenever Waino did.
Click to expand...

IlliniFaninHoosierLand
Lots of Pujols and Cardinals related programming on MLB Network this weekend: https://www.mlb.com/cardinals/schedule/programming?partnerId=ed-14822125-1208367913
#23
May 11, 2020

IlliniFaninHoosierLand
MLB owners approve plan that would have baseball return by July 4: https://www.espn.com/mlb/story/_/id...-plan-july-start-players-union-preps-weigh-it

Now it's up to the players to approve it.

Among some of the details of the plan:
-An expansion of playoff teams from 10 to 14
-An 82-game season
-The use of home stadiums in areas that have local and state governmental approval
-A so-called spring training 2.0 that begins in June with a season set for early July
-A universal designated hitter
-Geographical schedules, in which teams play only in-division opponents and interleague opponents in a similar area (i.e., American League Central teams play only AL Central and National League Central teams)
-A 30-man roster with a taxi squad that would have upward of 50 players available

It appears that the only team that wouldn't be able to play in their normal home stadium would be Toronto who would be forced to likely play at their spring training home in Dunedin, FL.
#24
May 11, 2020

Yes, yes it could.