IlliniFaninHoosierLand
Just as an FYI for everyone, tomorrow night's game at the Dodgers is only airing on Apple TV+.
#1,706
Sep 22, 2022

wpr said:
One of the reasons I have not been a fan of trading a lot of prospects and or players while getting one "phenom" in return.
Click to expand...

Montas isn't close to a phenom and the Yankees didn't trade any top prospects for him (I was glad at the time we didn't pursue him heavily, the shoulder injury was still a big red flag). They traded one decent prospect, a 26 year old rookie (JP Sears) who is primarily a reliever, and two other guys who are borderline to make the MLB. The top prospect they gave up in that trade was a 24 year old pitcher (Ken Waldichuk) who has since made his MLB debut for the A's. 17.2 innings pitched. 7.13 ERA, -0.3 WAR, 1.585 WHIP, 53 ERA+.

Historically, the teams that trade a bunch of prospects for a true superstar almost always come out ahead. As much of a disaster as Montas has been, I don't think the Yankees are losing sleep over giving up Waldichuk. If anything, they may regret not giving up more in order to land Castillo instead of Montas, who was their backup plan to Castillo all along.
Last edited: Sep 22, 2022
#1,707
Sep 23, 2022 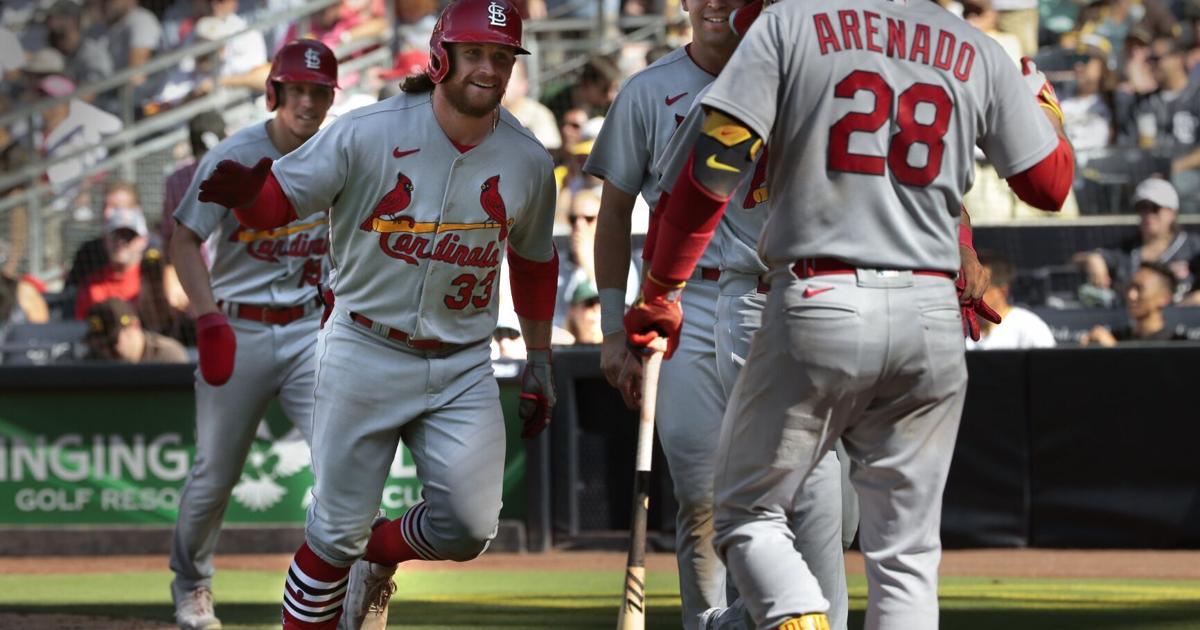 
SAN DIEGO — By the time he set his mind to taking the 3-0 pitch, Brendan Donovan had already seen two cutters and a curveball from San Diego’s Nick Martinez. He knew the right-hander had a pet change-up, too, but with the bases loaded, he could be patient.
The Cardinals had already scored on Lars Nootbaar’s solo homer two innings earlier to snap a five-day cold spell and, players acknowledged later, allow the dugout to exhale any of the anxiety roiling from three consecutive shutouts. Not that Donovan felt any. The veterans on the team rave about the rookie’s precocious calmness. So there he was, down by two runs but well ahead in the count.
Calm.
“No panic,” as Donovan says often.

He took the 3-0 pitch as planned — a cutter over the plate.
When he got the cutter again, he pounced.
Donovan’s first big-league grand slam catapulted the Cardinals out of their offensive malaise and into a 5-4 victory Thursday evening at Petco Park. The rookie’s home run off Martinez in the seventh inning flipped the game and made a winner of starter Jack Flaherty. Giovanny Gallegos pitched a scoreless ninth to secure his 14th save. Donovan provided the Cardinals’ first hit that produced two or more RBIs in 49 innings, or roughly 120 hours. The win knocked the Cardinals’ magic number to clinch the National League Central crown to five.
“This game is so unpredictable (that) it can snowball at any time,” Donovan said. “If you’re in there and you’re tight and that scoreless streak just continues. We know we’ve got a great team and a great offense that’s going to turn at any moment. It’s just a matter of who was going to do it.”
#1,708
Sep 23, 2022 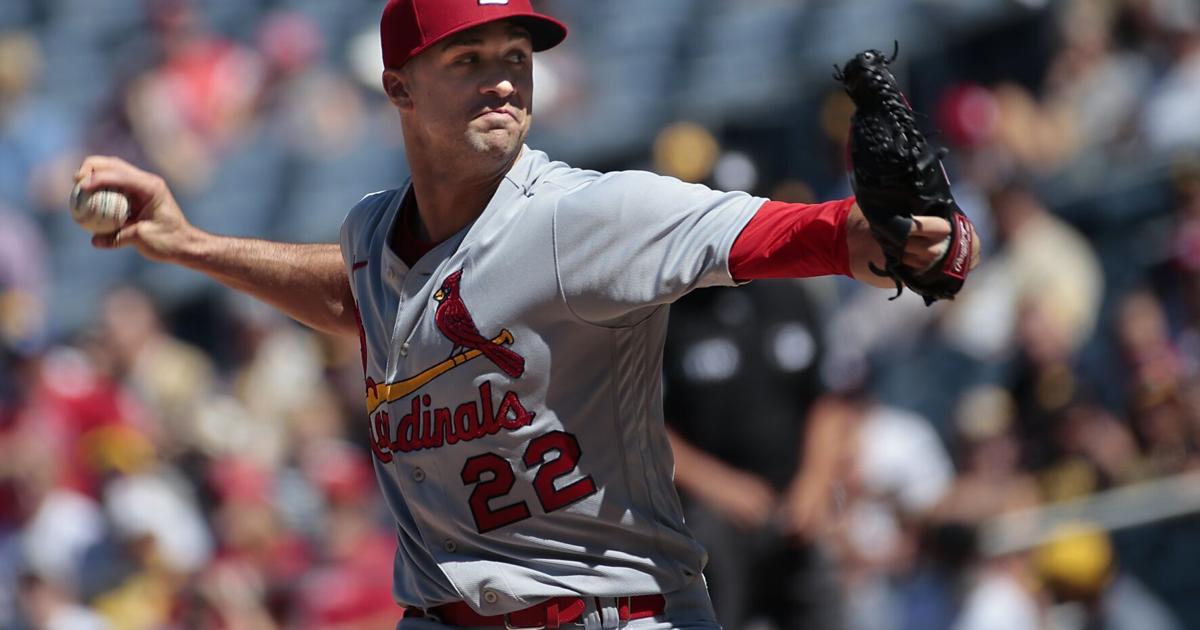 During a pivotal stretch in the Cardinals’ 5-4 victory against San Diego, Flaherty had a sequence of pitches that was his best since returning from shoulder injury.

SAN DIEGO — The second pitch of his game Thursday left Jack Flaherty’s fingers without much conviction, or velocity for that matter, and landed somewhere beyond Petco Park’s wall for Jurickson Profar’s leadoff homer.
It was far from Flaherty’s best pitch.
It might have been the best thing for his pitching.
“He hit that and I was kind of (ticked) from there,” Flaherty said. “Dialed in. And trusted my stuff after that. I was kind of feeling for it in the beginning. Just stopped that. Trusted my stuff and went from there.”
What followed was Flaherty’s finest start in at least a year — one that mixed assertiveness with his fastball and a nimble use of his breaking stuff. During a pivotal stretch in the Cardinals’ 5-4 victory against San Diego, Flaherty had a sequence of pitches that was his best since returning from shoulder injury. With two runners on base, he struck out a Padre on three pitches and then used his slider to seize control of an at-bat that he finished with a curveball. Flaherty struck out four of the final five batters he faced on his way to his first nine-strikeout game since the night at Dodger Stadium his oblique came apart in May 2021.

“As close to legit Jack that we’ve seen,” manager Oliver Marmol said.
Twice on the injured list this season due to shoulder pain, Flaherty seethed after his most recent start because he did not pitch past the fifth inning. The right-hander said he shattered the glass door on a fridge because five innings from the starter is not what is expected in the Cardinals rotation. He was about to be denied the sixth again Thursday before speeding through the middle of the Padres order. An error and Profar’s double had already brought in a run before Flaherty could get an out in the fifth inning. Manny Machado worked him for a walk, and with one out and a climbing pitch count, here Flaherty was again — stuck at five.

Helsley revved up his fastball to 104 mph. That was the fastest pitch of the season measured by Statcast, eclipsing the 103.8 mph sinker from Jordan Hicks in early July. 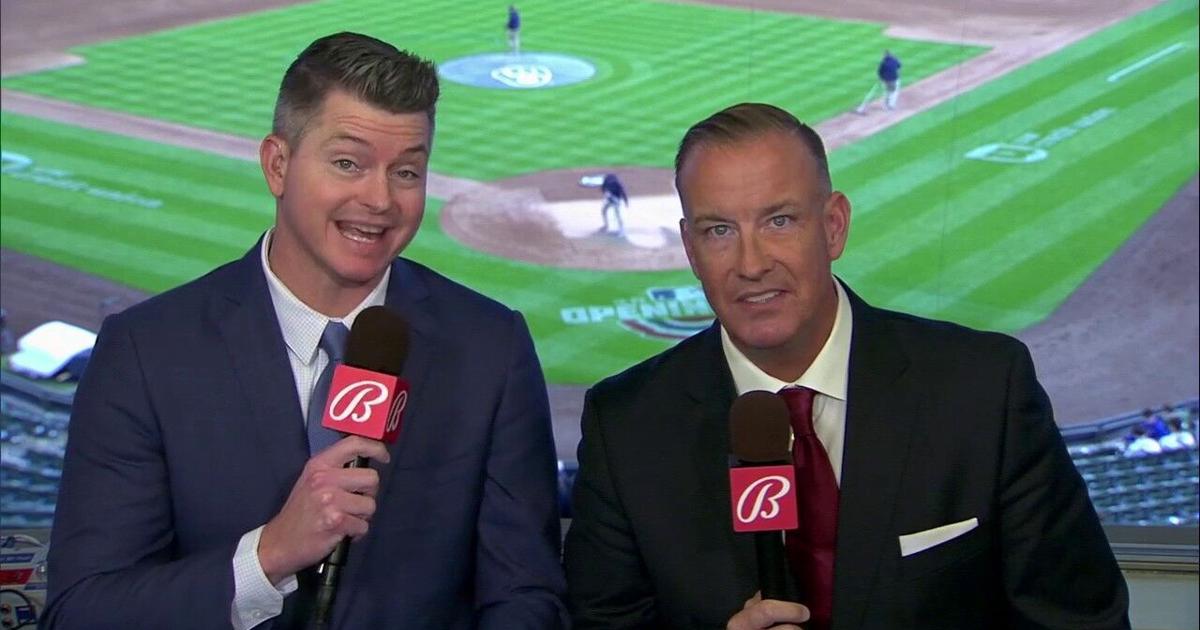 Cardinals-Dodgers game Friday will be shown exclusively on Apple TV+ as Pujols approaches 700.

Four times this season, Cardinals games have been shown exclusively on streaming services. There was no traditional television coverage of those contests, on local carrier Bally Sports Midwest or anywhere else.
This portion of Major League Baseball’s media contracts has riled many Redbirds rooters who do not have access to the streaming outlets. But those complaints figure to be a mere ripple compared to what could unfurl Friday, when Apple TV+ exclusively shows the Cardinals-Dodgers game from Los Angeles that starts at 9:10 p.m. (St. Louis time).
Not only is it a matchup of first-place teams, it is possible that the Cards’ Albert Pujols could hit his 700th career home run that night. He enters that contest two homers short of becoming the fourth player in MLB history to attain the milestone.

So a season-long buildup of “Pujolsmania” in his return engagement with the Cardinals could reach a crescendo in a game a lot of the team’s fans will not see. Although there is no charge to view the streaming production, an Apple account is needed. So is a device that can receive the feed, such as a smartphone, tablet, smart TV, etc. — equipment that some fans, especially older ones, do not have.

I don't have an Apple account but i will watch it just fine , thank you very much.......

IlliniFaninHoosierLand
Everyone can watch it for free on AppleTV+ so long as you have an Apple ID (i.e. what you use to log in to your iPhone, iPod, etc.): https://www.mlb.com/cardinals/news/how-to-watch-cardinals-dodgers-on-apple-tv-september-23-2022
#1,711
Sep 23, 2022

BillyBob1
I wonder if Albert not hitting a home run in a week led to the team slump? I don’t know, probably not. Just thinking of some of the extra pressure.

BillyBob1 said:
Still would rather hear Danny Mac call that.
Click to expand...

The PBP guy tonight, Wayne Randazzo, is pretty good. He normally calls Mets games on radio and will every so often do their games on TV too.

I did see an article earlier this week that said that if Danny Mac or Rick Horton were calling an inning on radio where Albert had a chance to get 700 that they would turn over the radio call to John Rooney.
#1,717
Sep 23, 2022

IlliniFaninHoosierLand said:
Turned on the Audacy app just in time to hear John Rooney make the call of #700.
Click to expand...

Do you have it recorded?

BillyBob1 said:
Do you have it recorded?

As mentioned above, give me Danny Mac over these yahoos.
Click to expand...

Don't have it recorded. I know at least one twitter user is working on getting it synced up. Will post each on here if they get it posted.

As far as the broadcasters, I actually prefer more neutral announcers sometimes. I hear Russell Dorsey on the Score every week and he's a really knowledgeable baseball voice.
#1,722
Sep 23, 2022

BillyBob1 said:
Do you have it recorded?

As mentioned above, give me Danny Mac over these yahoos.
Click to expand...

IlliniFaninHoosierLand said:
Don't have it recorded. I know at least one twitter user is working on getting it synced up. Will post each on here if they get it posted.

As far as the broadcasters, I actually prefer more neutral announcers sometimes. I hear Russell Dorsey on the Score every week and he's a really knowledgeable baseball voice.
Click to expand...

Giving you a like about the twitter part. With something so historical, I’ll go with the hometown announcers!
#1,724
Sep 23, 2022