I've asked before, but curious if any of the insiders or anyone else has some insight. Do we know why RJ isnt seeing hardly any playing time? Injury slowing him, his defense, grades, effort in practice?
Click to expand...

I've asked before, but curious if any of the insiders or anyone else has some insight. Do we know why RJ isnt seeing hardly any playing time? Injury slowing him, his defense, grades, effort in practice?
Click to expand...

I think it's pretty clear now that BU uses practice, defensive intensity, and matchups to determine PT in the rotation. We saw very little of Podz until a few weeks ago BU mentioned a stellar week of practice...and the last few games he's seen more PT.

He's also probably not going to disclose a nagging injury or a player struggling in practice. I think RJ is going to be really good here. He's just moving through the typical freshman cycle.
#128
Jan 5, 2022

J
Jon
I think all freshmen have been struggling to get tick because our 4 seniors do their job well. Podz is in favor because he just seems like the scrappiest right now. Playing time will probably cycle between Goode, RJ, and Podz a decent amount.
#129
Jan 5, 2022

Jon said:
I think all freshmen have been struggling to get tick because our 4 seniors do their job well. Podz is in favor because he just seems like the scrappiest right now. Playing time will probably cycle between Goode, RJ, and Podz a decent amount.
Click to expand...

Reusse: Gophers met their match, though Johnson still looks like an upgrade

This had to happen, and Kofi Cockburn, the mighty 7-footer for Illinois, was a likely candidate to make it so. It took 12 games into the tenure of coach Ben Johnson, but on Tuesday night, before a crowd at Williams Arena that was both late-arriving and early-leaving, this "Who are these guys?''...

Kenpom - #11
NET - #12 (Big thanks to Marquette for dismantling Providence last night, moving them back into quad 1)

Here's Illinois' team sheet on NCAA.org that breaks down all games, past and future, by quadrant
Click to expand...

Ignatius Shang said:
If we continue playing like this and limit the sloppy and careless plays, I believe there are very few teams that can match up with us. Maybe Purdue is the only such team in Big 10, but they already lost 2 conference games.
We are really good and can win everything.
Click to expand...

If you didn't know it, you'd have thought is was a home game for Illinois and road game for Minnesota. Love the energy. Some quick hits:

They don't have a Kofi - hard to quantify what he brings.
Defensively Minney settled for a lot of 2 point jump shots (we contested the 3 point line well)
Great energy
Offense looks good to me --Kofi learning to pass with these shooters puts that extra pressure on defenses. When guys drive the lane, the spacing looks good.
A lot of the turnovers were turnovers I can live with. Didn't see lazy passes or silly decisions causing many of them.

texillwek said:
Here's Illinois' team sheet on NCAA.org that breaks down all games, past and future, by quadrant
Click to expand...

illini 67 said:
Great at the 3, but terrible in the lane driving to the basket. 0-5.Ten foot fadeaways were all short.
Click to expand...

Our offense is not elite when Kofi and Grandi are off the floor and DMW's runners become our #1 option. I would rather see double screens to set up 3s by Plummer and Trent but there were no instances of that.
#136
Jan 5, 2022

Nuke Dukem said:
I don't generally care much about the polls but I really wonder if the voters have watched this team lately.
Click to expand...

H
HailChief89
Granderson makes me laugh. He's the man on open court summer ball. Your sweating tearing it up and then Jacob pops a 2ptr. From behind the arc, with his 2 inch vertical. Sends ya to the sidelines it sucks, but happens all the time. Old schools. Love that He's on our team. His defense is underrated!
#138
Jan 5, 2022

HailChief89 said:
Granderson makes me laugh. He's the man on open court summer ball. Your sweating tearing it up and then Jacob pops a 2ptr. From behind the arc, with his 2 inch vertical. Sends ya to the sidelines it sucks, but happens all the time. Old schools. Love that He's on our team. His defense is underrated!
Click to expand... 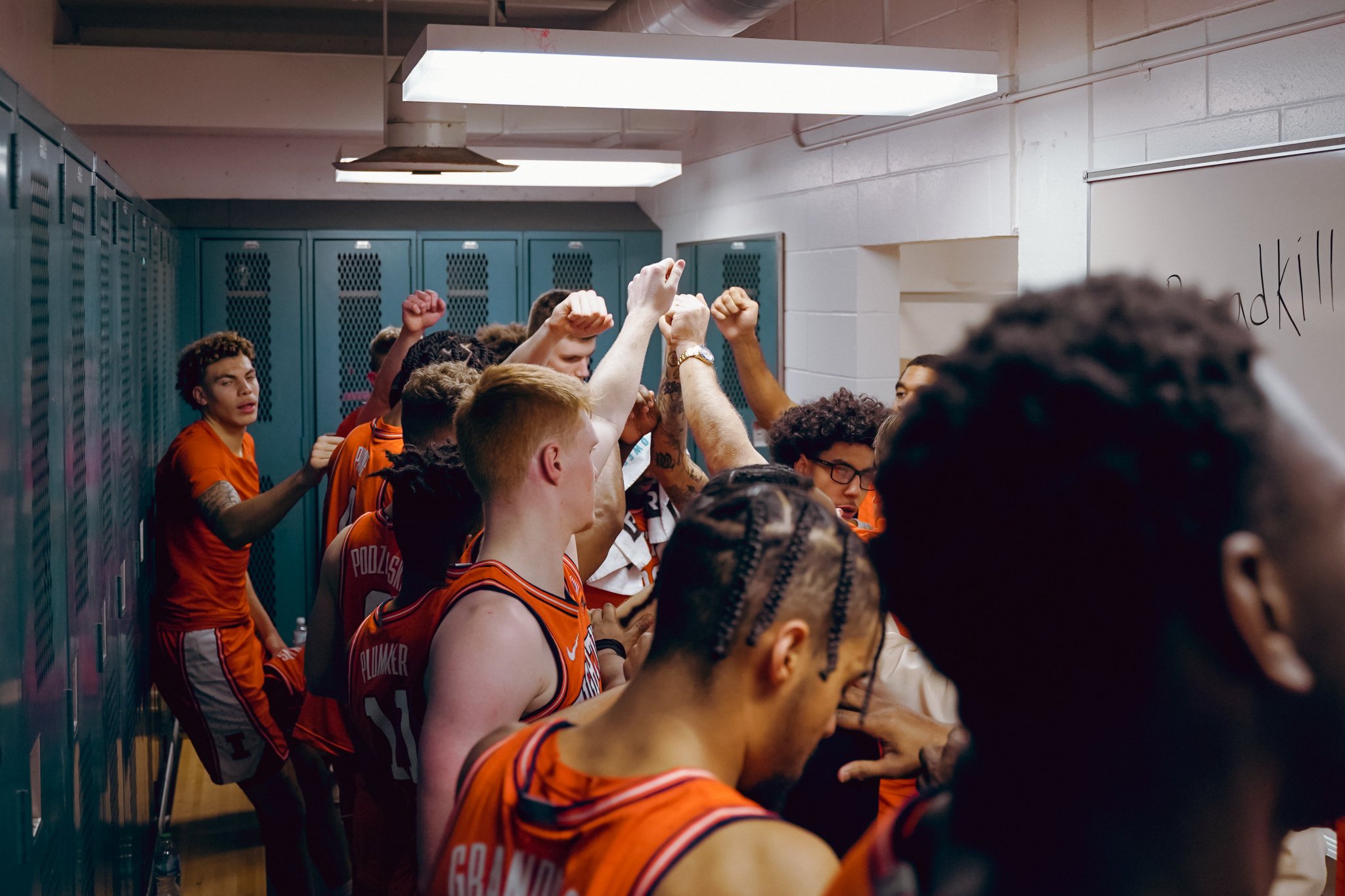 Ga65 said:
Don’t have the depth at Podz position with Hutch and Belo out.
Click to expand...

And I’m glad he’s earning some tick now because when AC comes back it likely will be difficult to find playing time.
#141
Jan 5, 2022

I wouldn't read into it. By all accounts, he and his family are bought into the program. Had the photo been taken from a different angle, Grandison and Kofi might look equally disengaged.
#143
Jan 5, 2022

lstewart53x3 said:
How did Michigan lose by 10 at home to this Gopher team?
Click to expand...

Krush needs to get a press pass for the next Michigan game.

lstewart53x3 said:
How did Michigan lose by 10 at home to this Gopher team?
Click to expand... 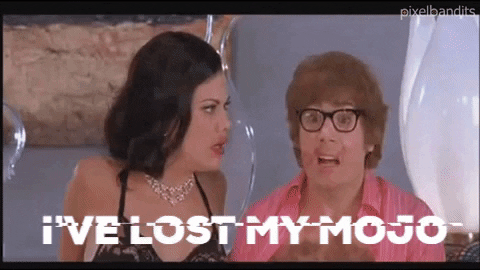 E
ElGran
When people talk about favorites in the Big Ten from here on out, why don't they talk about MSU and OSU, who are also 3-0? I keep hearing about Purdue and Michigan.
#148
Jan 5, 2022

R
Roundball Sage
The bench talent on the Illini alone would finish in the upper half of the league all by themselves.

Success is contagious. We can use a good kind of contagious right now. Time to make it a permanent habit.
#149
Jan 5, 2022

H
hoopsfan47
Every day we are all thankful that Kofi wears the Orange and Blue. But we all have favorite players....and in order mine are Grandy, Plummer, and Trent with Damonte receiving my complete admiration.

Grandison, if u have ever seen him interviewed, has an amazing insight into how to play your best by doing the easy things perfectly. He does not look to make ESPN highlights, just makes shots and defends while thinking "this is the way the game is played". Would love to see him on the floor the rest of my life.

Plummer is the shooter I have been looking for since I first started watching the Illini play in the mid-50s. Aggressive with a quick trigger, but if he is not hitting at a 50% clip from the arc, he finds other ways to score and be a plus player. Five boards last night for the shortest guy on the floor!! I am comfortable in saying I do not believe we will ever see him go 1 for 14 in a loss. Players who do that, and there are many, are the reason for the loss. The only disappointment about Plummer is that he will only be playing for this team for 3 more months.

Trent is simply a workhorse player who does everything well at both ends every game. He deserves our thanks and admiration. I would love to see him becoming super-comfident in his three pt. stroke instead of streaky, but few know the energy drain inflicted on his body every game. Regardless, he gets a tip of my cap.

Finally, Damonte. He can make us all tear our hair out at times, but he is the "King of The Little Things" that coaches talk about. He knows the game and how to impact it with clever effort at the right time. Yet, he makes me wonder how he grew up seemingly without a scoring game around the basket. Even when he was not scoring in his 3rd season, I saw film of him hitting jumpers effortlessly and continually and wondered why we never saw that. Not sure if Underwood threatened to kick him off the team if he didn't shoot, but it seems he got the idea overnight. He has never had a Shake and Bake finish game, but we have seen him try on occasion this year...and it isn't pretty. Who cares? Just keep making opponents pay the price for thinking they can leave him at the arc....and he has my green light. The best team guy one could ever want.

In fact, I really like all these kids. My heart aches for Hutch who had the potential to be a star...and maybe can still be...let's keep hope if he does. But what I have enjoyed most is what I look to enjoy every season....watching these kids learn the game, learn themselves, and improve as a team every week. It is what we have seen from BU teams. I don't know how many more I will get to enjoy, but the Underwood years have already been the biggest joy since the Flyin' Illini.

Finally, though Kofi may not be my favorite, and I don't really know why, he has been a marvel in his steadily improving play over the course of his career. He is still not as good as he needs to be in recognizing doubles and triples quickly and passing out in a heartbeat, but he is beginning to understand how important that is to team success...and his own future. If and when he becomes elite at finding the open shooter and getting the ball to that shooter in a heartbeat, he will be solidifying his future in concrete. His FT improvement is a result of hard work and also a necessity, and the improvement in his touch and footwork around the hoop wonderful to see. That all takes hard work and does not come overnight. Pro scouts see these things and understand the work put in. He is not quite there yet, but after 2 seasons of shaking my head, I can see him as a lottery pick which warms my heart. If only I could be there 15 years from now when Kofi is an NBA champion and people marvel at the speed in which he gets the ball and either scores or passes to the arc to an open shooter who buries a three about 60 % of the time...or more...and he is considered one of the wise old men of the game who just knows how to get it done!!!

Yes, things are warm and rosy when the Illini are winning....and none of the teams played since Arizona have provided eye-opening victories. But, the level of play is there to beat Purdue, Mi, Sparty, Wisky and the Bucks. We have seen these kids win huge, exhausting, and surprising games in Feb. and Mar. over the past two seasons...and they will be challenged again soon. This season, they have slowly become a team that can do it again. Now...just do it!!!
Last edited: Jan 5, 2022
#150
Jan 5, 2022

Arrow 7 said:
If they could somehow go without ever being ranked, which they can't, I think they would win out.
Click to expand...

I’m not for sure what the fascination is with not ranking the Illini. Every bit of media focuses on the top 25 or even top 10. Everyone seems to want blue chip recruits. You don’t get those by hanging out of the top 25. This team was in the top 25 all of last year and didn’t have any issues.
Share:
Facebook Twitter Reddit Pinterest Tumblr WhatsApp Email Share Link