Dbell1981
We will miss you Bobby. Love, Illini nation

B
Butkus68
Here’s how the Tampa paper is reporting about Bobby, who was affectionately known as ”Tree” in high school.

B
BTYBILL
I don't know how true this is but seeing a few sm post saying it was cardiac arrest. Rip sending prayers to his family
#79
Jul 17, 2021

BTYBILL said:
I don't know how true this is but seeing a few sm post saying it was cardiac arrest. Rip sending prayers to his family
Click to expand...

Well you can go into CA for any number of factors. I'm not going to speculate while grieving but injuries to the nervous system are a whole different animal.
#80
Jul 17, 2021

So sorry to hear this tragic news. Deepest love to the Roundtree family and friends. Unfair. Bobby was so inspiring in his recovery efforts.

OrangeSoda
His family should not have to pay a single penny for this tragedy. Is there a GoFundMe or anything else established for them? RIP. Not fair that such a positive force and influence on people was taken away.
#83
Jul 18, 2021

OrangeSoda said:
His family should not have to pay a single penny for this tragedy. Is there a GoFundMe or anything else established for them? RIP. Not fair that such a positive force and influence on people was taken away.
Click to expand...

A GoFundMe was started right after the accident with the help of Lovie and Josh. https://www.illinoisloyalty.com/post/bobby-roundtree-gofundme.25140/
#84
Jul 18, 2021

skyIdub
Just heartbroken. I couldn't even get excited about Kofi.

In addition to 97 on the helmets/jersey...I think it would be cool to put "97" in huge orange numbers at midfield instead of the "I" or the State. At least for homecoming or another special celebration of his life and commitment. 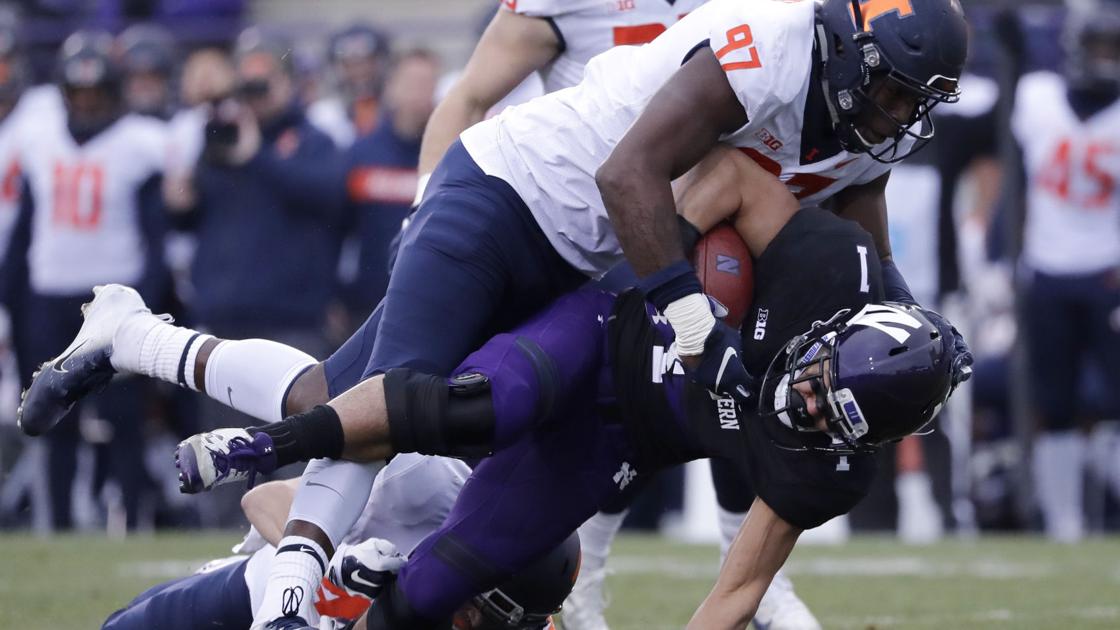 They are two significant moments in Illinois athletics history — on completely opposite ends of the emotional spectrum.


A few years ago, while I was a student at Illinois, I was also an official for intramural sports. It was a fun job and an easy way to make money, but perhaps one of the funniest memories I have — which I was reminded of unfortunately because of Roundtree’s untimely death — is how he tried to sneak into a game.


There aren’t that many rules for intramural sports at Illinois, but one is that Illini athletes can’t play the same (or similar) sports in which they participate for the university. And despite being 6 feet 5 and 245 pounds, Roundtree really tried to convince me and my coworkers that he wasn’t on the football team, even though he was donning Illinois gear from head to toe.
It was a hilarious moment because when I told him he couldn’t play, he broke out in this sheepish smile and laugh as if he knew how unfair it would be. I mean, could you imagine Roundtree in a flag football game? Of course it’s a noncontact sport, so there’s no tackling, but there also isn’t much of an offensive line either because players aren’t allowed to use their hands to block.

However, I feel pretty confident in saying that Roundtree has an undeniable legacy, too, that Illini fans will cherish long after his death. That smile and laugh are permanent reminders that regardless of what he did on any field, Roundtree was larger than life.