IlliniFaninHoosierLand
Here are the different scenarios for Sunday when it comes to the top 4 and Europa League:

Leicester City
-would finish top-4 with better result than Liverpool OR win vs. Spurs and Chelsea draw/loss at Aston Villa

There is a potential scenario where it could come down to goal differential for the final spot. If all 3 teams win, Chelsea finishes 3rd at 70 points. Liverpool and Leicester City would be at a nice 69 points. As it currently stands, Liverpool's GD is +24. Leicester City's is +20.

West Ham United
-Would finish top-6 with draw vs. Southampton OR loss AND loss by Spurs and Everton win with Everton not making up current goal differential. West Ham is at +12 and Everton is at +4.

Spurs
-Would finish top-6 with win at Leicester City and loss by West Ham as Spurs goal differential would be more than enough to see them through. Spurs current GD is +21.

Everton
-Would finish top-6 with win at Manchester City and loss by West Ham and draw/loss by Spurs. Everton would also need to make up huge goal differential with West Ham mentioned above.

Arsenal
-Would finish top-7 and in Europa League Conference spot with win and losses by Everton and Spurs OR draw and Everton loss and Spurs loss, in which they would need to make up goal differential with Spurs. Arsenal's GD currently sits at +14.

Leeds United
-Would finish top-7 and in Europa League Conference spot with win vs. West Bromwich Albion and draw/loss by Arsenal and losses by Everton and Spurs and would also need to make up goal differential on all of those teams. Leeds United GD currently sits at +6. While they do still technically have a chance, it is basically the longest of shots and would have to have a number of different things go their way for it to happen.
#103
May 23, 2021

Swansea City will face Brentford for the final EFL promotion spot on Saturday at Wembley.
#104
May 23, 2021

IlliniFaninHoosierLand
Rodrigo scores in the 17th minute. Leeds United up 1:0 on West Brom.

IlliniFaninHoosierLand
Sergio Aguero scores in the 71st minute in his final match for Manchester City. Manchester City up 4:0 on Everton.
#119
May 23, 2021

IlliniFaninHoosierLand
Bamford scores in the 79th minute. Leeds United up 3:0 on West Brom.

Schmeichel with the own goal. Spurs and Leicester City tied at 2.

Liverpool and Chelsea get the final two Champions League spots. Leicester City and West Ham United get the two Europa League spots. Spurs gets the Europa Conference League spot.
#124
May 23, 2021 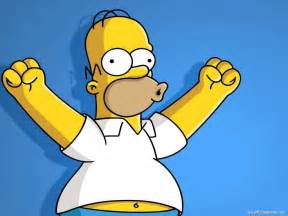 IlliniFaninHoosierLand
Everton's season was a season of highs and lows. The positives were obvious which included their strong form early in the season, leading many supporters to think they would have a chance to qualify for European football for the first time since 2014. There was the first win in the Merseyside derby since 2010, with the win being their first at Anfield since 1999. There was also their first win over Arsenal since 1996 with that victory also being their first ever at the Emirates.

On the other hand though, there was their poor form at home for most of the season which, along with their form against teams in the bottom half of the table, is what likely kept them from European competition next season. The commentator for their match against Wolves earlier this week mentioned that if Everton had had the same form that they had away, then their win over Wolves would have actually clinched a Champions League spot for them.