IlliniFaninHoosierLand said:
I've mentioned on here before that I became an Everton supporter shortly after the 2014 World Cup when Tim Howard had an insane performance in that tournament. I had already kind of had an inkling to start to follow soccer in general more and supporting the Premier League team he was a part of just made sense.
Click to expand...

Shane Walsh said:
For those of you who support specific clubs, how did you come to support them?
Click to expand...

In the early 2000s I knew a few Arsenal fans. They were the most obnoxious lot I'd ever met. When it finally came time to find a Premier League team to support, I only wanted to know who Arsenal's main rival was. The rest, as they say, is history.
#804
Aug 26, 2022

Shane Walsh said:
For those of you who support specific clubs, how did you come to support them? It is easier for me to define my allegiance to stateside sports franchises based on proximity, family history of support, etc... but picking one specific team to support overseas always leaves me a bit lost. What say you all? How did your premier league allegiances come to be?
Click to expand...

Started getting really interested in soccer in the mid 2000s. At that time, most games were on Fox Soccer. I didn't get that channel so the only European games I could watch were the handful of games each season on Fox or ESPN. And by handful, I think it was like 4 or 5 games a year. And at the time, Man United and Chelsea were the 2 top dogs in the league so they got most of the tv coverage.

And for whatever reason, Chelsea's players appealed to me a lot more than United's so I stuck with them ever since. To be honest, at that time I think I only even knew 4 European teams in total. Chelsea, United, Real Madrid, and Barcelona. But Drogba won me over, so I started following their results and watching highlights on Youtube until NBC took over broadcasting rights and I could finally watch games live.
#805
Aug 30, 2022

Shane Walsh said:
For those of you who support specific clubs, how did you come to support them? It is easier for me to define my allegiance to stateside sports franchises based on proximity, family history of support, etc... but picking one specific team to support overseas always leaves me a bit lost. What say you all? How did your premier league allegiances come to be?
Click to expand...

mine is sort of through family support but not my family. in 2009, i went to europe with a few friends. one friend left us in germany to visit his uncle who lived in london. once there, his uncle was a season ticket holder to arsenal and took him to an arsenal match. when we met up later back in chicago, he said we should be arsenal supporters. i was looking for a club to support and had no other reason to support any other club so i said sure. we met up frequently (mostly at the globe, sometimes at smallbar, and sometimes at cleos) to watch arsenal matches together but after marriage and kids eventually drifted apart. i kept up with the support and i'm not sure he did.

in 2017, i was fortunate enough to see an arsenal match live when manchester united came to visit and we beat them 2-0. it's the only competitive match (not community shield) where arsene wenger beat jose mourinho. i was eating a meat pie during both goals and had to put it down in order to celebrate. the people around me wanted to keep feeding me pies so that we could score more goals.

the end of the wenger era was difficult but it had to be done. after watching manchester united's clown show of managers, i'm happy we've stuck with young arteta. it's never easy to replace a long tenured legend. yes, arsenal is owned by stan but it could be worse. we've had some lean years with no money for good transfers and let a lot of great players go. but the last few windows we've been spending well and building a young new squad that's easy to get excited about.

in all that, i've said nothing negative about the spurs so hopefully KBLEE can see there are some decent arsenal supporters out there.
#806
Sep 3, 2022

IlliniFaninHoosierLand
St. Louis SC running into issues as Centene has backed out of their naming rights deal for the new stadium. This also comes as they've had ongoing electrical problems at the stadium for the better part of the last two months. The new stadium will be called CITYPARK until they can find a new naming rights sponsor.
#808
Oct 25, 2022

Bad take. Marsch will probably be unemployed by the World Cup so he can go as an assistant
#809
Nov 2, 2022 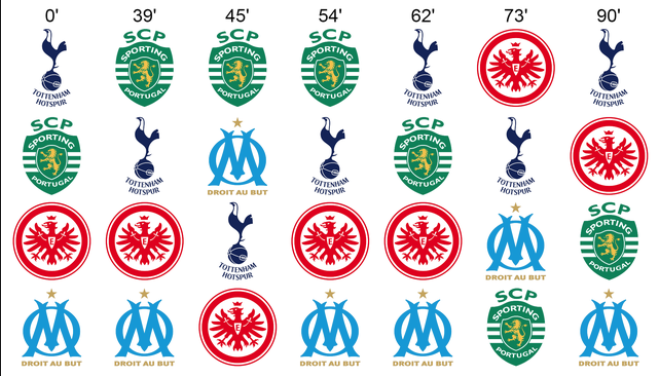 From the 54th minute to the 62nd minute, Sporting went from first to last place. In the end Spurs won the group, Eintracht Frankfurt also advanced, Sporting goes to the Europa League and Marseilles goes home.
#810
Nov 2, 2022

IlliniFaninHoosierLand
Fans wanting to go to this weekend's MLS Cup final between LAFC and Philadelphia Union won't be able to park at Banc of California Stadium. Due to a USC football game at the neighboring L.A. Coliseum later that evening, no spaces will be reserved for MLS Cup attendees. The MLS Cup will begin at 1:00 PM PT with the USC football game at 7:30 PM PT. LAFC is encouraging fans to either use public rail and bus systems and will also be providing free parking at Dodger Stadium with a shuttle taking fans on the 6 mile trip between both venues though there will not be tailgating allowed at Dodger Stadium.
#811
Nov 5, 2022

IlliniFaninHoosierLand
They aired this trailer on Prime during the Thursday Night game. Really interested in seeing this:

Shane Walsh
That MLS Cup final was an all timer. Really unfortunate injury for Crepeau.
#813
Nov 15, 2022

IlliniFaninHoosierLand
NYCFC has reached a deal to build a professional soccer stadium in Queens with the team paying roughly $780 million to build it.

The stadium, which is set to be completed in 2027, will be located across the street from Citi Field and will be part of a broader waterfront project that will include housing and a hotel. The deal will officially be announced tomorrow.
#814
Nov 16, 2022 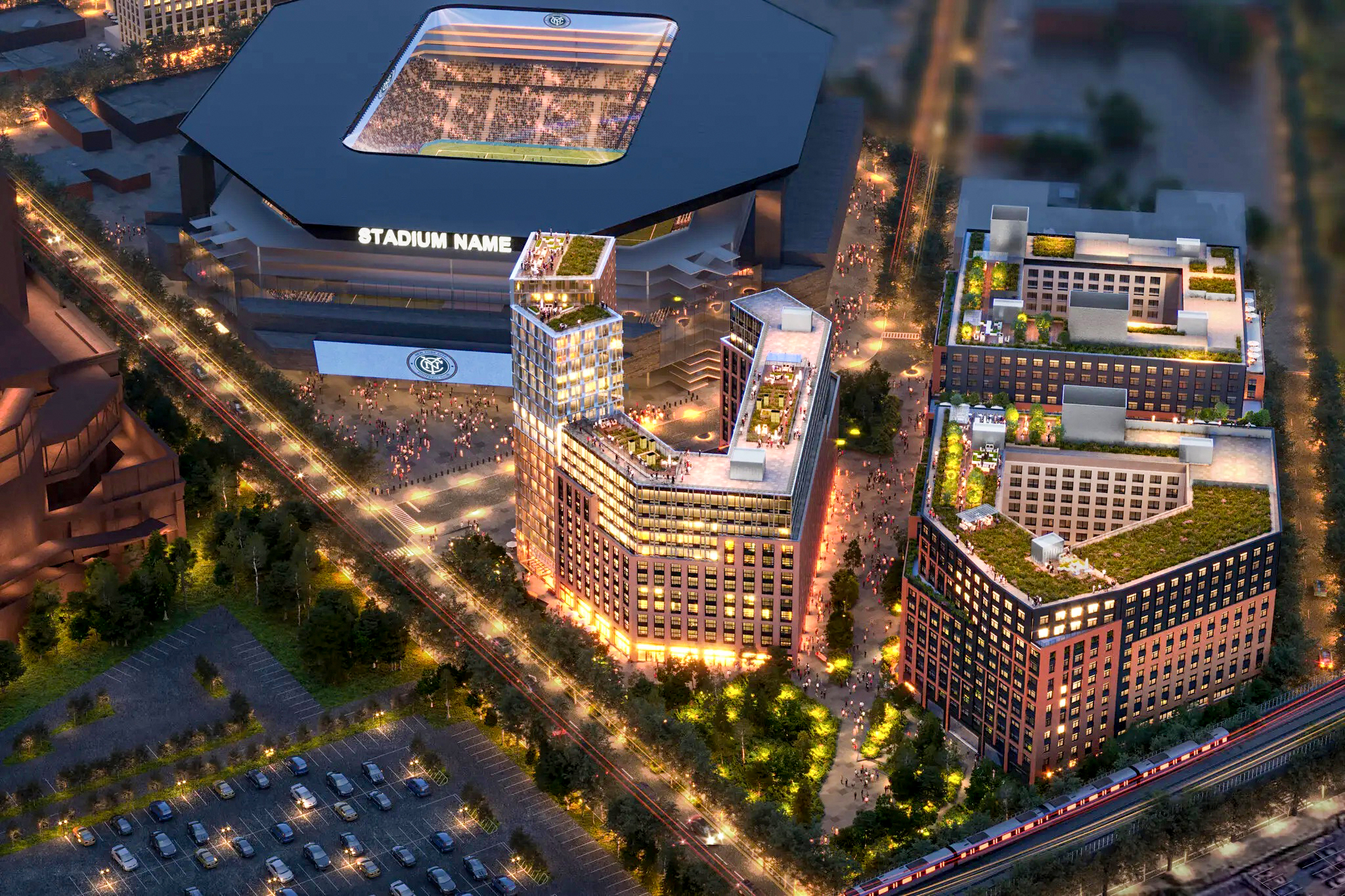 I
IlliniUnited
Illini Men’s Club team won 1-0 vs Colorado State this morning in the first game of the national championship series. They play again tonight Vs Southern Cal. Knockout round starts tomorrow.
#816
Nov 17, 2022

GrayGhost77 said:
I think it would be really cool to catch a game at Stadium Name Stadium.
Click to expand... 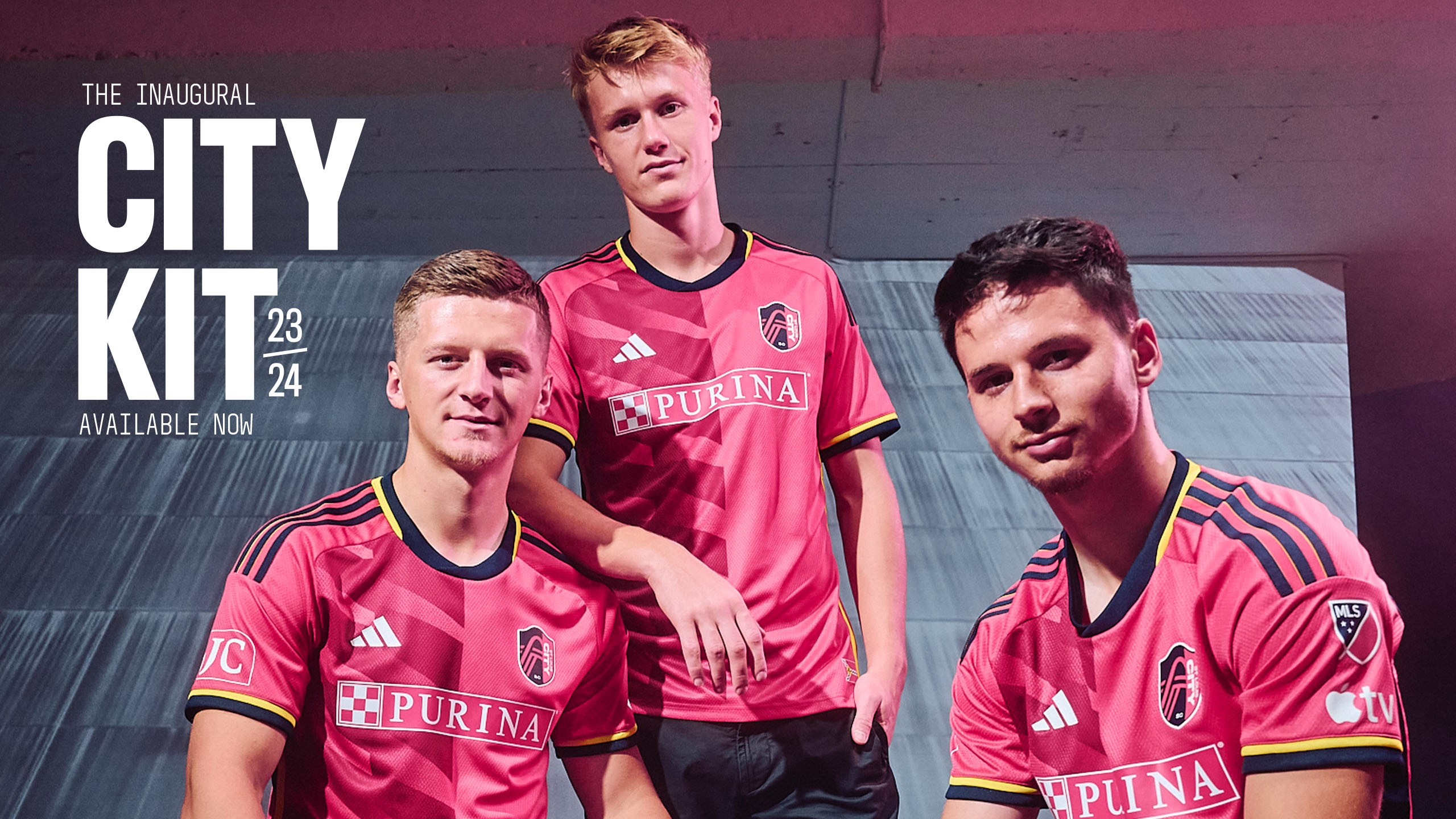 St. Louis CITY SC, the newest club in Major League Soccer, today celebrates the official unveiling of its first primary kit. The jersey was designed in collaboration with adidas features the club’s vibrant and signature CITY Red color with navy and yellow accents as an homage to the City of


Good pictures of the Authentic Jersey Here. (links to the 3 places to buy at the end) Good pictures of the Replica so you can see the difference from the Authentic. 
Here are the 3 store fronts you can buy them from. IF you buy from the CITY Shop you must pick up the kit in person at the CITY Shop at the stadium in St. Louis.

The Adidas and MLS store obviously will ship. You can also pay a little more on the replica or Authentic on the MLS Store and have them customized with a Name & #.

-Opening day will be February 25th with Decision Day on October 21st
-Opening match of the season will be NYCFC at Nashville SC with El Trafico also taking place on opening day at the Rose Bowl.
-St. Louis City SC will open their season on February 25th at Austin FC with the home opener set for March 4th vs. Charlotte FC. St. Louis City SC will play in the Western Conference with Nashville SC moving back to the Eastern Conference.
-MLS Cup final rematch will take place September 23rd at Philadelphia.
-Rivalry Week will be May 13-20 with Atlanta United hosting Charlotte FC and the Hudson River derby between the New York Red Bulls and NYCFC.
-Regular season will go on hiatus following the July 15 games and will resume on August 20 due to the Leagues Cup competition between MLS and Liga MX.
-MLS will also pause during the October and November FIFA international windows. MLS clubs were also presented with the option to play during the June and September FIFA international window, with 13 clubs electing to do so.
-Seattle Sounders begin their season in early February due to competing in the FIFA Club World Cup in Morocco.
-MLS' five participants in the CONCACAF Champions League will begin play in the round of 16 between March 7-9.
-2023 MLS All-Star Game set for July 19 at Audi Field.
#822
Dec 29, 2022

IlliniFaninHoosierLand said:
Pele has passed away at the age of 82.
Click to expand...

Wow. Lived with the GOAT torch for a long, long time and handed it off in his final days. Something beautiful about that. RIP.
#824
Dec 30, 2022

Will be fun watching them losing to Japan and South Korea every year in all the different competitions and qualifiers. I am sure this is more to do about Ukraine, Putin, EU working to wean themselves off Russian Oil etc and nothing to actually do with Soccer/Football & competition.
Share:
Facebook Twitter Reddit Pinterest Tumblr WhatsApp Email Share Link