IlliniGman7795 said:
So, just got parked at the stadium. Get out of the vehicle and 1 row over from where we parked is Juwan Howard's dad and his car is broke down...... and 2 Illini fans are jumping it for him
Click to expand...

wow....I thought jihad Coward was such a fine human being that he would buy daddy a car that actually started.... 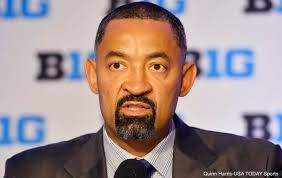 P
Piotyr
As a fan, I'd be prepared for an early Rutgers rush, as it's happened now 4 times in 4 games, where the team that played yesterday went on an early run, only for the rested team to eventually catch them (in Ohio State's case, Purdue just caught them to tie them, and then they ran away with the overtime period).

W
WhiteHorseWings
Dee was just on. I assume many saw. He’s so awesome. Hope we find a place for him again.