EyeoftheIllini said:
Agree completely on Clark. I will admit that for the most part I’m not much of a watcher of women’s basketball. I know, crazy statement to make in this thread. Typically I might watch a few NCAA tournament games and some WNBA playoff games each year. I know that these women are great athletes, but I find the game a bit “unathletic” compared to the men’s game. I’ve heard some say that’s what makes it a “purer” version of basketball. I just don’t see it. That said, Caitlin Clark is very fun to watch. I also like watching the South Carolina team. I did watch portions of the Illini-Missouri game (about 60%) and plan to watch the game against Iowa.

I’m sure seeing a game in person is very fun. And I’m enjoying seeing the turnaround in the team. So is it possible to be a big fan of the team while not being a big fan of women’s basketball? That may become an irrelevant question soon as this team might just make me a fan of the sport in general too.
Click to expand...

I totally get it. I don't watch much WNBA and occasionally watch women's college basketball besides Illinois. Women's college basketball usually has a few teams at most each season that has a legit shot to win it. Media covered UConn women like they did Alabama football for years! It might change down the road and I think the transfer portal will bring about more competition. I feel like most of the big sports at Illinois have had a culture change and no different with the women's team. Shauna Green has a legit shot to put her footprint on this program like no coach has done here before.

The skill level and depth drops down between men's and women's basketball. You can have exciting men's teams that rank in the 100-300 range because of the tempo of game they play, might be able to score but no defense, talented team in smaller conferences, etc. #1 Purdue and #2 UConn weren't even ranked in the top 25 to start the season for the guys. Illinois has some talent but the depth is lacking. If foul trouble or injury take place it is devastating for this squad and many of the women's teams.

The speed of the game is slower. You just have to get use to it and sometimes you can see the play develop ahead of time. I will say having a daughter or even working with young kids I appreciate the women's game. I bang my head with some of the missed layups but it translates to similar things in the men's game. I see the women spacing the court, some teams master the backcut when the D is real tight, etc. I see more of the fundamentals in slower speed with the women's game.
#554
Dec 27, 2022

The Galloping Ghost said:
Pretty darn impressive. Could never have imagined this a year ago.

Dbell1981 said:
Wow, can coach Green slide over to the mens gym and give some pointers on FT and 3pt shooting?
Click to expand...

Dbell1981 said:
Wow, can coach Green slide over to the mens gym and give some pointers on FT and 3pt shooting?
Click to expand...

G
GILL-INOIS
The whole coaching staff has been with Shauna Green at Dayton at one time or another for multiple years. They worked their butts off recruiting while at Dayton and doubt it is any different now.

Not sure if anyone has posted before but here is a little fun fact.....Associate Head Coach Calamity McEntire's aunt is Reba McEntire
#558
Dec 28, 2022

GILL-INOIS said:
The whole coaching staff has been with Shauna Green at Dayton at one time or another for multiple years. They worked their butts off recruiting while at Dayton and doubt it is any different now.

Not sure if anyone has posted before but here is a little fun fact.....Associate Head Coach Calamity McEntire's aunt is Reba McEntire
Click to expand... 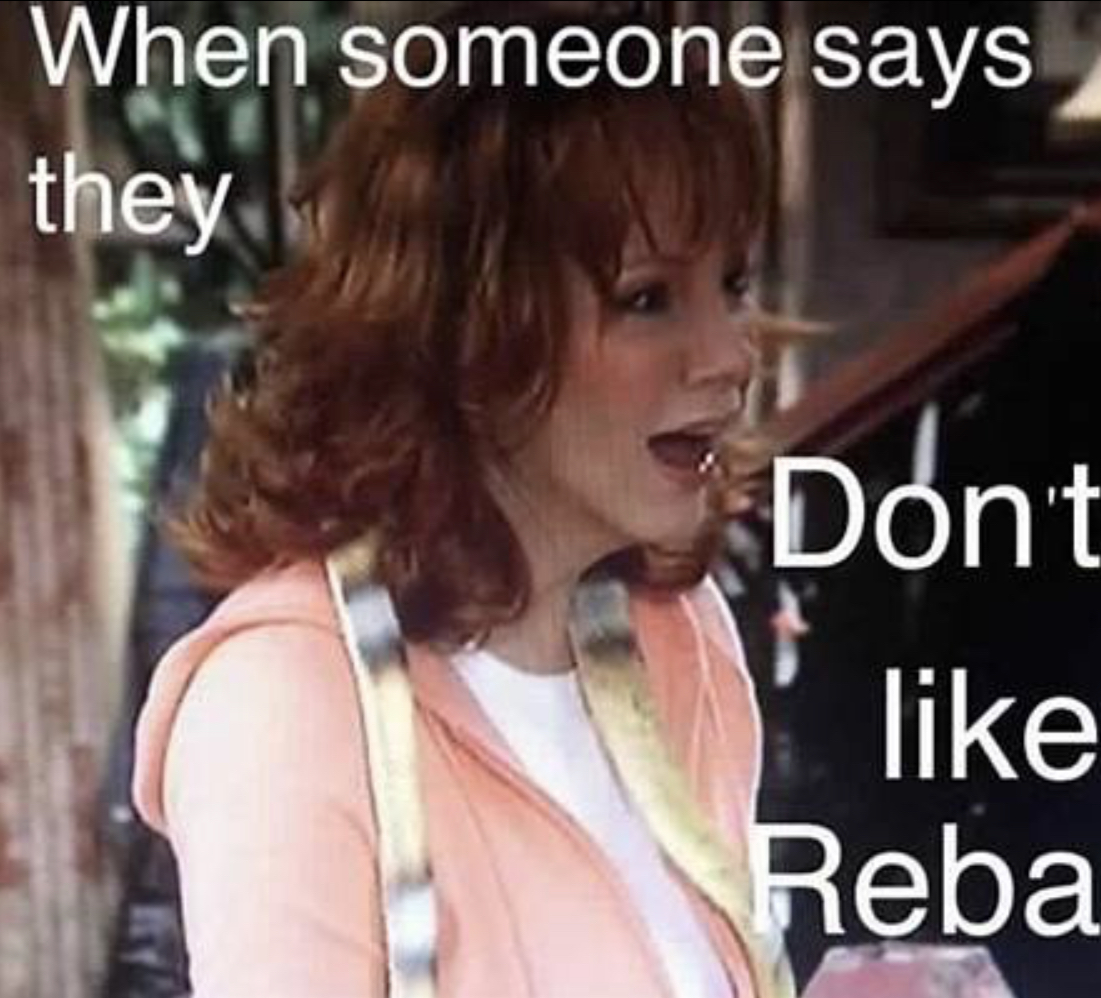 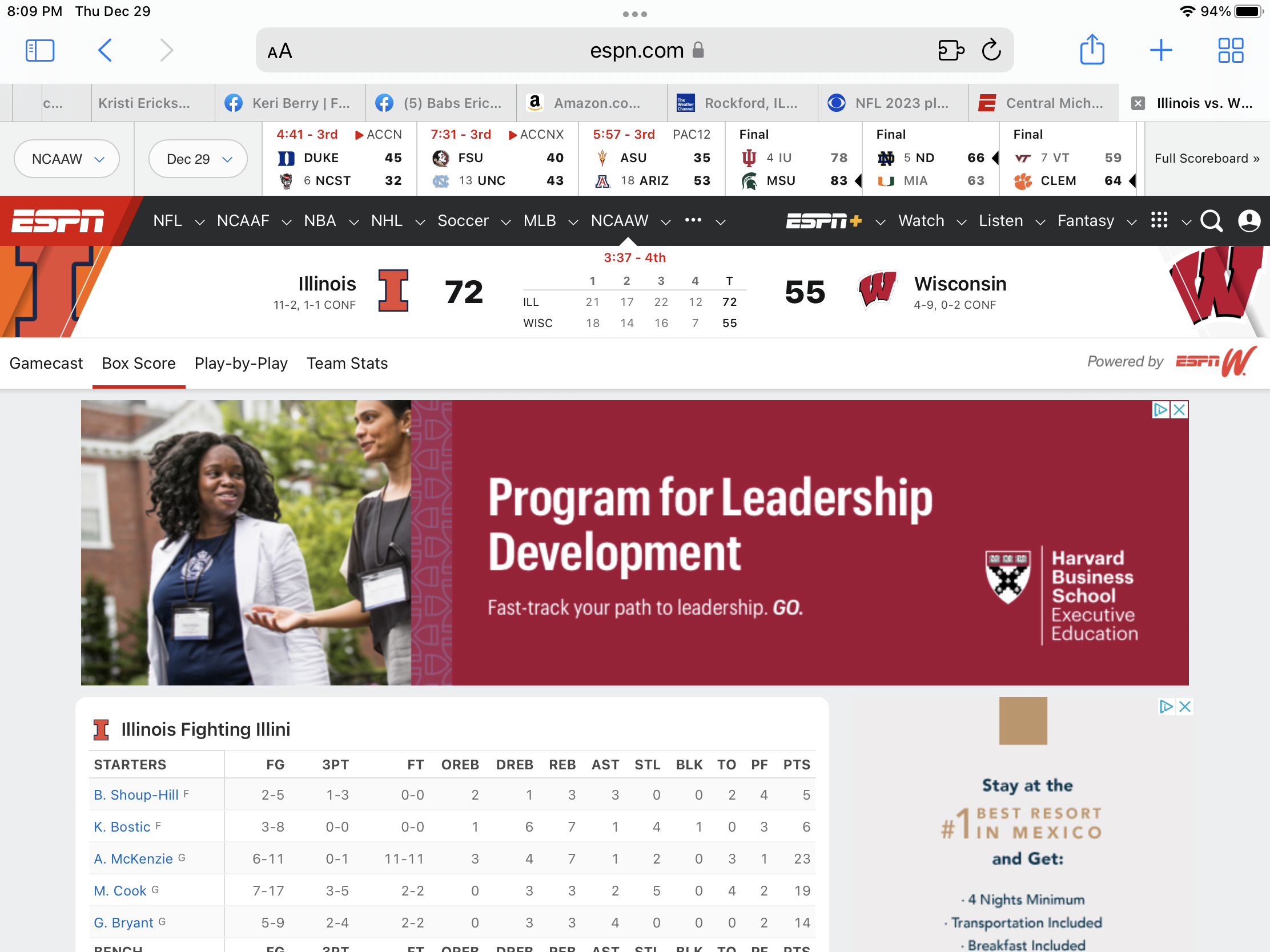 The Galloping Ghost
We are about to double our win total in the conference from last year and it's just the third game in. This season is already a massive success. Now it's time to do something special against Iowa.
#570
Dec 29, 2022